By Chris Russon on 2021-02-15 - The driving force behind Eurekar. Chris heads up a team of motoring correspondents under the Driving Force banner. Prior to Driving Force becoming independent in 2010 he was Chief Motoring Editor for Trinity Mirror Regional newspapers. Chris has been writing about cars for almost 40 years. 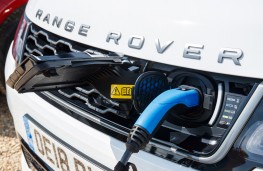 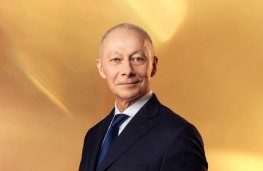 SIX all-electric models are to be launched by Land Rover within the next five years under a wide-ranging zero emission plan announced by parent group Jaguar Land Rover.

The first pure-electric Land Rover is slated for release in 2024 and will be followed by five more models by 2026.

A statement released by JLR said: "Land Rover will welcome six pure electric variants as it continues to be the world leader of luxury SUVs through its three families of Range Rover, Discovery and Defender. The first all-electric variant will arrive in 2024.

"By the middle of the decade, Jaguar will have undergone a renaissance to emerge as a pure electric luxury brand with a dramatically beautiful new portfolio of emotionally engaging designs and pioneering next-generation technologies.

"Jaguar will exist to make life extraordinary by creating dramatically beautiful automotive experiences that leave its customers feeling unique and rewarded. Although the nameplate may be retained, the planned Jaguar XJ replacement will not form part of the line-up, as the brand looks to realise its unique potential.

"Jaguar and Land Rover will offer pure electric power, nameplate by nameplate, by 2030. By this time, in addition to 100 per cent of Jaguar sales, it is anticipated that around 60 per cent of Land Rovers sold will be equipped with zero tailpipe powertrains."

All of JLR's factories in the UK are safeguarded under the plan and the group aims to achieve net zero carbon emissions by 2039.

The company also announced it is preparing for the adoption of clean fuel-cell power in line with a maturing of the hydrogen economy.

Development is already underway with prototypes arriving on UK roads within the next 12 months as part of the long-term investment programme.

Future Jaguar models will be built exclusively on a pure electric architecture but the company has not given any clues about its plans for the current line up other than stating that the new XJ flagship due for release this year is to be scrapped.

Mr Bollore, who took over as JLR boss last year from Dr Ralf Speth, said: "Jaguar Land Rover is unique in the global automotive industry. Designers of peerless models, an unrivalled understanding of the future luxury needs of its customers, emotionally rich brand equity, a spirit of Britishness and unrivalled access to leading global players in technology and sustainability within the wider Tata Group.

"We are harnessing those ingredients today to reimagine the business, the two brands and the customer experience of tomorrow. The Reimagine strategy allows us to enhance and celebrate that uniqueness like never before. Together, we can design an even more sustainable and positive impact on the world around us."

Jaguar Land Rover has been owned by TATA Motors of India since 2008.

Mike Hawes, chief executive of industry body the SMMT,welcomed the announcement saying: "The news that the UK's largest automotive business has confirmed its long-term commitment to the UK is very welcome and is an injection of confidence into the wider sector.

"Its roadmap to a future that is built around sustainability, with electrified and hydrogen models as well as investment in connected and digital technologies, aligns with Government ambition and increasing consumer expectations.

"Delivering this ambition, however, will require the UK to improve its competitiveness. The UK automotive industry is essentially strong, innovative and agile, but the global competition is fierce. Government must ensure advanced manufacturing has its full support, with a policy framework and plan for growth that reduces costs, accelerates domestic battery production and electrified supply chains, and incentivises R&D and skills development. Every effort must be made to create the conditions that will enable the entire sector to flourish." 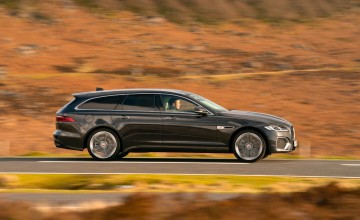 THE Jaguar XF Sportbrake is a serious alternative to premium SUVs.Introduced in...