By Maxine Ashford on 2021-03-08 - Maxine has been a journalist since the late 1980s and for the past 13 years has specialised in motoring. Former motoring editor at Media Wales responsible for the Western Mail, South Wales Echo, Wales on Sunday. Freelance since 2009, Maxine loves cars but not quite as much as rugby! 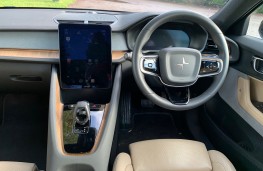 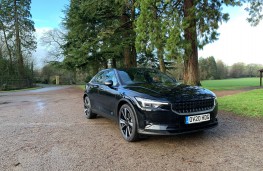 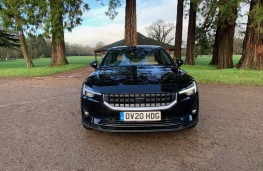 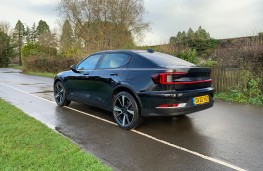 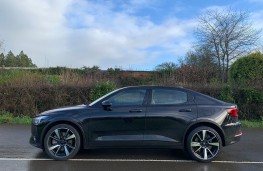 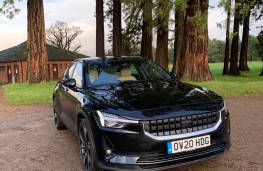 THERE'S a new player on the EV scene ready to take on rivals in the performance sector.

It's called Polestar and while the name may be new to many it has a long history in developing fast cars.

Polestar was previously involved with the racing-led side of Volvo, but now it's a fully-fledged stand-alone manufacturer owned by the Swedish company and by Volvo's parent company, Geely in China.

The first model launched was the exclusive, limited-edition Polestar 1 carrying a Â£140,000 price-tag. But the Polestar 2 is far more reasonably priced and will be a likely challenger to Tesla - namely the Tesla 3.

The Polestar 2 is a five-door, four-wheel-drive fastback model that boasts an impressive range between charges and costs from £49,900.

Powering the car is a 78kWh lithium-ion battery that develops 402bhp and a whopping 660Nm of torque.

That translates into a 0-62mph sprint time of just 4.7 seconds and top speed of 127mph. But maybe the crucial figures are the range which is a claimed 292 miles combined or 348 miles of city driving where more energy can be captured during regenerative braking in stop start traffic.

From a design point of view the Polestar 2 is a head turner. It measures 4.6 metres in length with sleek streamlining, along with tinted rear windows, a full panoramic roof, pixel LED headlights, active bending headlights with cornering function, a powered tailgate and frameless side mirrors.

The interior is classy in its layout sharing some of the parts with Volvo models and the Polestar 2 is packed with kit.

There is a large upright touchscreen that is the main focal point and the nerve centre for accessing the on-board systems. It operates a new Google-based Android infotainment centre and works really smoothly. The navigation system features Google maps and even shows charging stations along the route.

So, on to the performance of this dynamic-looking newcomer. If you're not pre-warned you could spend the first five minutes or so looking pretty perplexed as you search for a start button. There isn't one! Instead, you simply move the neatly designed hexagonally-shaped gear selector with illuminated Polestar symbol into drive or reverse position and the car moves smoothly away.

The acceleration out of the starting blocks is instant and the seemingly-limitless power keeps on coming. The road holding is very assured meaning bends can really be attacked with confidence and there is no sign of body sway whatsoever.

The car sat on upgraded 20-inch wheels (19-inch are the standard fit) that added £900 to the cost and they perfectly suited the car whether it was firing down twisting country lanes or cruising effortlessly at 70mph on a stretch of motorway.

The Polestar 2 weighs in at a chunky 2.1 tonnes so it feels very planted without feeling cumbersome in any way. The steering is nicely weighted and there are driving modes called Light, Standard and Firm that alter the steering feel, along with a Creep setting that makes one-pedal driving easier.

Despite the weight, the Polestar 2 is nimble in city surroundings and easily weaves through the traffic, and there are all manner of sensors and cameras to assist when parking.

Comfort levels are generally very high with heated front and rear seats and there is ample space for a trio of passengers to sit in the back of the car. And storage options are good with a boot capacity that ranges from 405 litres to 1,095 litres with the 60:40 split-folding rear seats dropped flat.

There is a pull-up partition along with a net and elasticated grip to prevent items rolling around. Elsewhere, there's a glovebox, storage pockets each side of the centre console, door bins, cup holders and a deep central cubby box.

And safety levels are extensive too - as one would expect from a company that has anything to do with Volvo.

It may all sound a little too good to be true, but I did have a few concerns. Firstly the charging. That large battery seemed to take forever to boost. I have a 7kWh wallbox and even when charged for a good 12 hours overnight the battery percentage had only reached just over 55 per cent.

Obviously, this time would be dramatically reduced by using a fast charger. And if you plan on driving the Polestar 2 in the manner that its looks deserve, that range will drop quite dramatically.

Secondly, the front central armrest became more annoying as the week progressed. Its edges are angled and it sits just too far back to be really comfortable and that means you are constantly hitting your funny bone which is anything but a laughing matter.

Finally, the key. It may sound picky, but this is not a cheap car. But for an outlay of £50,000-plus (with options) you are given the tackiest, plastic key ever. Thankfully you can keep it away from view as the car has keyless entry!

But all in all, the Polestar 2 is a very impressive newcomer on the EV scene. And with the promise of a version featuring a smaller battery and lower asking price in the near future, it's appeal will grow and grow. 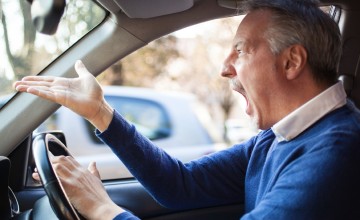 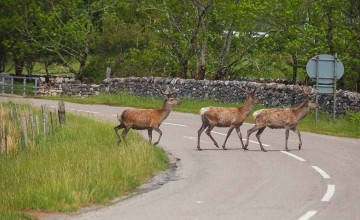 A SIGNIFICANT rise in the risk of collisions with deer and other wild animals...