By Maxine Ashford on 2021-03-14 - Maxine has been a journalist since the late 1980s and for the past 13 years has specialised in motoring. Former motoring editor at Media Wales responsible for the Western Mail, South Wales Echo, Wales on Sunday. Freelance since 2009, Maxine loves cars but not quite as much as rugby! 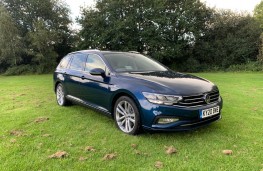 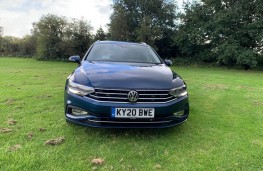 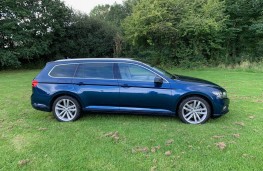 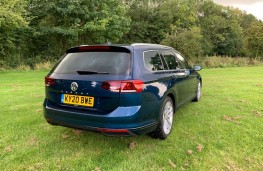 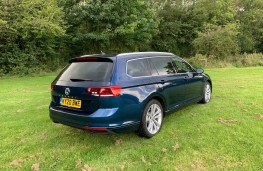 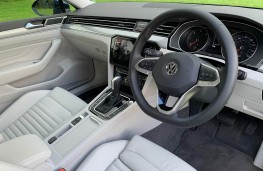 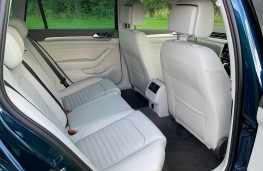 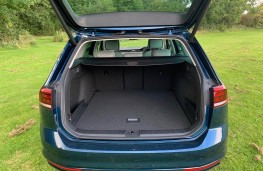 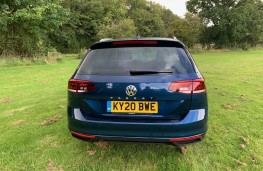 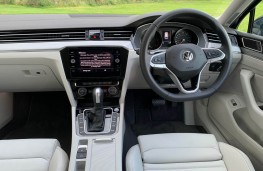 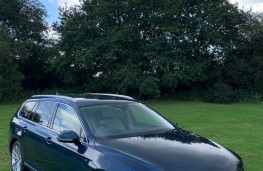 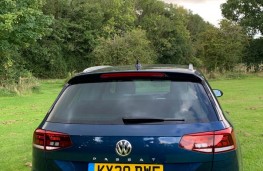 VOLKSWAGEN'S Passat Estate has long been a favourite with British motorists with sales doubling that of the saloon - and now the car has even more appeal.

The German car maker has taken the Passat, which first graced our roads back in 1973, and upgraded the engines, improved the technology, enhanced the connectivity and also simplified the line-up.

But fear not, as the car that measures just under 4.8 metres in length, it is still instantly recognisable as a Passat Estate with its sharp design.

VW somehow makes a vehicle with a boot capacity that stretches to 1,780 litres very easy on the eye.

Our car featured smart 18-inch alloys that added an extra £600 to the cost.

Those alloys along with a number of other optional extras saw the price of the Passat Estate rise from £34,285 to £41,030.

It could reach 62mph from a standing start in 9.1 seconds and topped out at 130mph while delivering combined fuel economy of 54.9mpg under WLTP testing with carbon emissions of 135g/km.

Move inside and the interior oozes class with Vienna leather upholstery and plenty of soft touch surfaces.

Creature comforts are plentiful and include the likes of an eight-inch colour touchscreen, full smartphone connectivity via MirrorLink, Apple CarPlay or Android Auto, a navigation system with the choice of a 2D or 3D display, heated front seats, a head-up display, Bluetooth, DAB radio, air conditioning and plenty more besides.

The Passat Estate is one of the easiest cars to drive. Everything is exactly where it should be and, with ample seat and steering wheel adjustment, getting the perfect driving position is a simple process.

It's a car that excels on motorways cruising effortlessly at national speed limits eating up the miles, but is also very competent on more challenging winding B roads where it is super grippy and also nicely balanced. It's even agile enough to weave through busy city centre traffic, but you will need a rather large parking space.

It's also a car that scores highly on refinement with minimal engine, road surface or wind noise filtering through into the cabin and the highly effective suspension system does a great job of smoothing out the uneven road surfaces.

Comfort levels for all occupants are high and, with its generous amount of legroom, there is ample room for three adults to sit in the back.

With all seats in use, the boot capacity is 650 litres, but drop the rear seats and that limit increases to 1,780 litres. There are lots of storage compartments available too, such as a central cubby box, front and rear cup holders, a lockable glovebox, sunglasses holder and practical door bins. There are pockets in the backs of the front seat and some trays.

This new model also features the German marque's very latest semi-autonomous driving systems. As an example, the Adaptive Cruise Control is now predictive so can automatically adjust speed for permanent and temporary speed limits, as well as slowing for junctions and corners.

The system is fed by GPS and road sign recognition. And the Lane Assist system can now recognise grass verges and kerbs as well as standard road markings.

These are just a couple of the long list of driver aids and safety specifications featured on the latest car which not surprisinglysecured a maximum five stars when tested for its Euro NCAP safety rating. 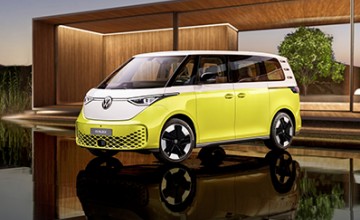