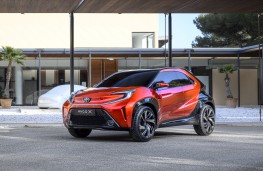 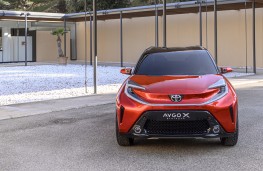 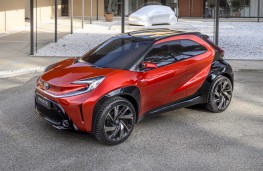 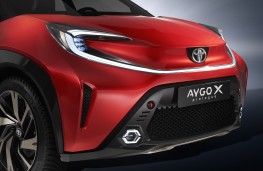 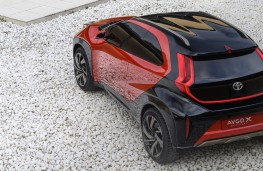 A BOLD take on small car design is coming from Toyota with its next generation Aygo supermini.

Sharp styling and SUV-inspired looks give the new model stand out appeal.

The Aygo X prologue has been created at Toyota's European design headquarters in the south of France and shows what the next generation car may look like when it arrives.

A new, wedged roofline gives the car a dynamic poise and a sporty feel with a grille set lower to the ground and fog lights and a skid plate emphasising its looks.

Other features have a practical side and include a bicycle holder mounted at the rear while cameras are fitted in the door mirrors.

Since its introduction in 2005 the Aygo has been Toyota's entry-level model and is built in the Czech Republic.

The Aygo X prologue was designed by Toyota's ED2 team in France and Ken Billes, assistant chief designer, said: ""With the Aygo X prologue, I believe we've demonstrated that a small car can still be big and bold in personality."

The five-door mini car will be offered only with a petrol engine to keep costs down and the current 1.0-litre Aygo is priced from £11,734. 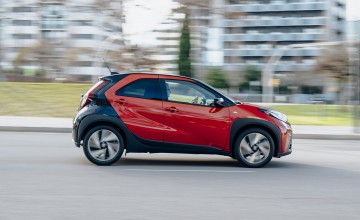 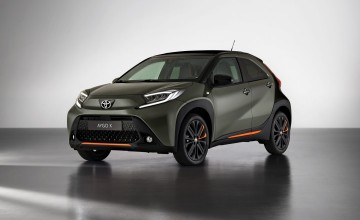 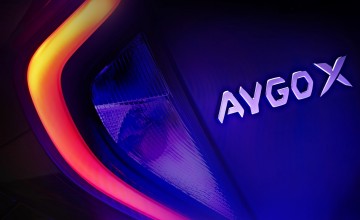 A SECOND compact crossover is being introduced by Toyota as the Japanese brand...