By Maxine Ashford on 2021-03-28 - Maxine has been a journalist since the late 1980s and for the past 13 years has specialised in motoring. Former motoring editor at Media Wales responsible for the Western Mail, South Wales Echo, Wales on Sunday. Freelance since 2009, Maxine loves cars but not quite as much as rugby! 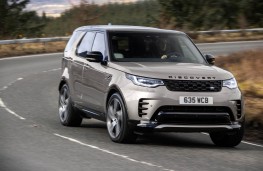 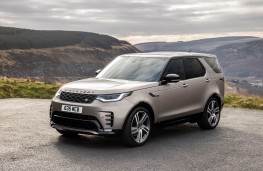 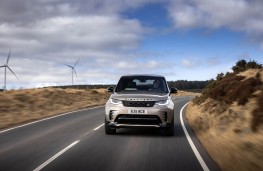 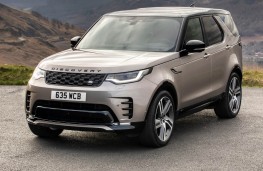 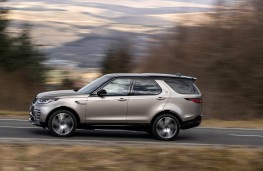 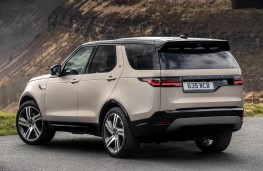 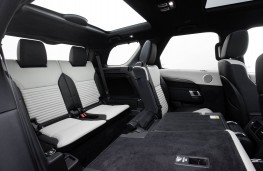 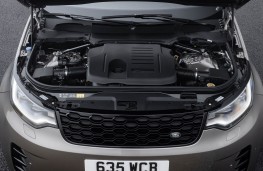 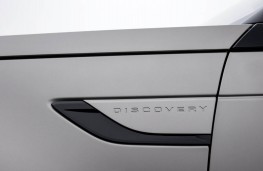 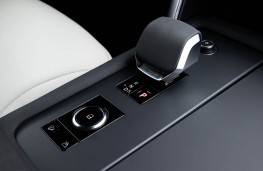 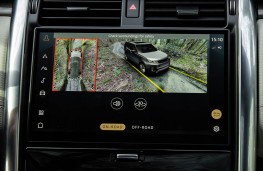 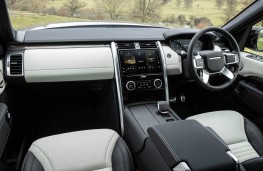 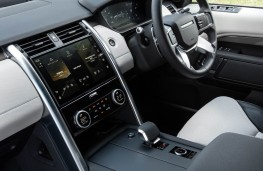 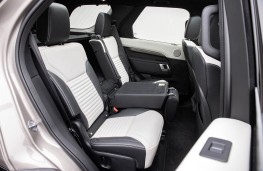 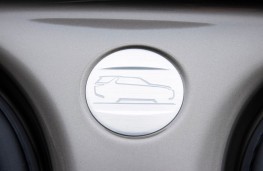 THE Land Rover Discovery has taken its first step towards electrification with the arrival of a trio of new six-cylinder, 3.0-litre Ingenium engines featuring 48-volt mild hybrid technology.

The engine revamp coincides with a redesign of the go-anywhere model that can tackle the toughest off-road challenges while still offering all the creature comforts we expect from an upmarket family vehicle.

The Discovery will still be available in pure petrol format via the 2.0-litre P300 engine, but the biggest change is the arrival of the mild hybrid units.

These consist of a 3.0-litre, six-cylinder petrol model called the P360 with 360ps or diesel variants called the D300 with 300ps and D250 with 249ps, both of which are powered by straight-six diesel engines.

There's also have a wealth of trim levels to choose from with Discovery prices starting from £53,090 and rising to £68,050.

New design cues include fresh front and rear bumpers, a new-look grille and distinctive LED headlights and tail lights. There are fresh wheel designs along with three extra colour shades to select from.

Move inside and there are great improvements too with a new steering wheel, a soft wrapped centre console, upgraded materials and the arrival of a new 11.4-inch touchscreen featuring Pivi Pro infotainment.

This latest system is faster and smarter than its predecessor offering intelligent learning and over-the-air software updates.

Billed as the ultimate seven-seat SUV, the Discovery has seven full sized seats with five Isofix points to keep the family safe.

The storage limits are excellent with 258 litres of luggage space if all seven seats are in use. This increases to a whopping 2,485 litres if just two seats are being occupied.

In addition, there is almost 42 litres of small item storage throughout the vehicle. And there is a charge point for every occupant to keep their media devices fully functionable on the move.

The optional hands-free tailgate with gesture control makes life easier when approaching the vehicle laden down with shopping bags. And the powered inner tailgate restrains loose items in the huge load space and also doubles up as a handy bench for picnics.

Additional creature comforts include four zone climate control, heated seats with improved comfort levels, a navigation system with 3D mapping, the option of a colour head-up display, smartphone connection via Apple CarPlay or Android Auto and the introduction of new Click & Go tablet holders incorporated into the front seatbacks. With a 4G Wi-Fi hotspot, up to eight devices can be connected which guarantees entertainment for all the family on those longer journeys.

And being a Discovery through and through, the vehicle's off-road capabilities are second to none.

It's a family SUV that can wade through streams up to 900mm deep, climb over rocks, plough its way through sand and snow and still maintain a sense of control.

Of course, most owners will stick to safer road surfaces but it's always good to know just how able the 4x4 system is if faced with more adverse weather and driving conditions. And the Discovery can tow a caravan or horsebox weighing up to 3.5 tonnes.

We had the opportunity to try out two left-hand drive models with the new powertrain technology.

First up was the P360 MHEV model inR-Dynamic SE trim level costing £63,150This car featured the 3.0-litre, six-cylinder petrol engine with 48V MHEV and was matched to an eight speed automatic gearbox.

It could complete the 0-62mph dash in a very respectable 6.5 seconds and maxes out at 130mph while delivering a combined 26.7mpg with carbon emissions of 238g/km.

Considering this vehicle weighs in at just under 2.5 tonnes, it's agility and handling both really impress.

Out on the open road, the acceleration is blisteringly fast with a Sport mode to sharpen up responses even further. The latest model feels more settled on the road too with excellent grip levels and also feels less wallowy. The power from the six-cylinder engine is instant and is perfect for short bursts of speed to overtake slower traffic.

Special mention to the Pivi Pro system which is easy to operate on the fly and very user-friendly with all operations accessible at your fingertips.

We also tried the D300 MHEV diesel model with MHEV in R-Dynamic SE trim level. This car, costing £62,390 and powered by a 3.0-litre, six cylinder diesel engine, can sprint to 62mph from a standstill in 6.8 seconds, tops out at 130mph and can achieve a combined 33.9mpg with emissions of 218g/km.

Once again, this Discovery was agile and impressed on the motorway and country lanes. It's not as dynamic as the petrol model, but still possesses plenty of power and will be the choice for business drivers looking for extra fuel economy.

We took both models off road and they certainly proved they were up for a challenge as they powered through a course consisting muddy tracks, rocks, sharp descents and steep hill climbs. Quite the all-rounder then.

The Discovery was awarded the maximum five stars when tested for its Euro NCAP safety rating and boasts a comprehensive list of kit and driver assists systems.

All in all, Land Rover has taken a highly successful model and increased its appeal in every department. It's more economical, better equipped and offers extra comfort and enjoyment for all occupants no matter how long the journey may be.