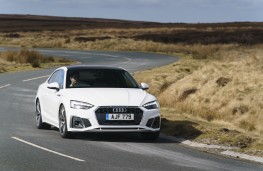 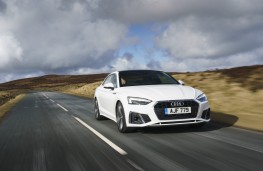 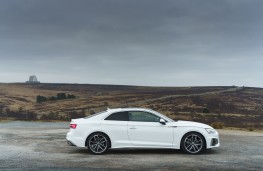 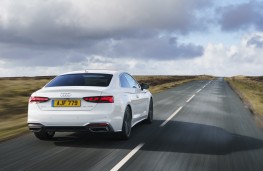 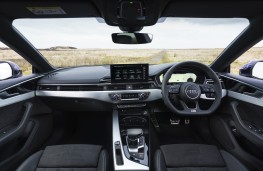 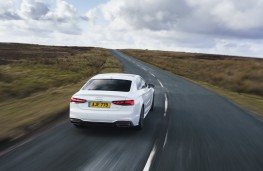 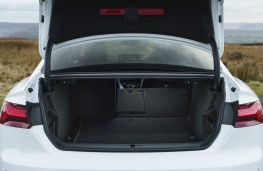 IS it a bad thing to describe a car as ‘nice'? The Audi A5 Coupe is nice. Really nice. A very pleasant car to spend time in. But is that damning it with faint praise?

I hope not. It genuinely is a very fine car. Depending on what sort of budget you have, what sort of driving experience you're after, it's a car that would sit happily on any driveway in the UK.

It is very stylish, the interior is fabulous, it's stacked with technology and is as good to drive as most people will ever want.

Refreshed in 2019, the A5's exterior was significantly revised, and it looks great - especially with the front ventilation slits which hark back to the classic Audi Sport quattro from 1984.

Like its predecessor, the second generation is offered in two-door coupe and cabriolet forms, as well as the five-door Sportback. Sportier S5 and RS 5 models are also offered in both Coupe and Sportback body styles.

The interior design and quality is top class, making the A5 feel like a properly premium coupe. The leathers, woods and metals are all tactile and of realquality. A large and simple to use 10.1-inch touchscreen is the control centre of the new operating system and focal point of the instrument panel. Angled slightly toward the driver, it offers a user experience similar to a smartphone and replaces the rotary push button used in previous models.

Like all the latest Audis, it comes with the brand's 'virtual cockpit' instrument binnacle, a 12.3-inch TFT display that replaces the conventional dials.

Out back, the boot's well sized, offering 465 litres of storage space - 10-litres more than its predecessor. The rear seat has a 40:20:40 split and can be easily folded forward using levers in the luggage compartment.

Opt for a coupe over a saloon and you've obviously decided the lack of rear headroom a sacrifice worth making. Having only two-doors can make access to the rear slightly awkward for taller adults and there's only room for two adults in the back. Rear legroom is also tight.

Audi A5 models are available with a range of petrol and diesel engines, all with automatic transmission as standard, but the pick of the bunch is the 40 TFSI here. Officially it returns a little over 40mpg and over 300 miles of driving, I managed a reasonably close 35.2mpg.

This engine now features 12-volt MHEV technology, which recuperates energy and stores this in a small lithium-ion battery, enabling the start-stop system to operate in a larger window and reducing the amount of effort required by the engine while moving at speed, reducing CO2 and improving fuel economy.

WITH its low-slung stance and sweeping lines the Audi A5 Sportback is the...