By Chris Russon on 2016-02-28 - The driving force behind Eurekar. Chris heads up a team of motoring correspondents under the Driving Force banner. Prior to Driving Force becoming independent in 2010 he was Chief Motoring Editor for Trinity Mirror Regional newspapers. Chris has been writing about cars for almost 40 years. 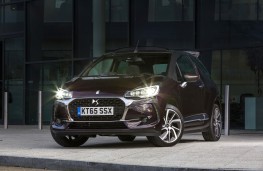 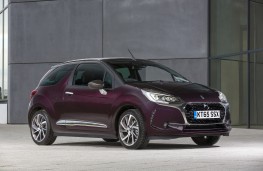 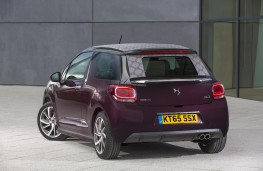 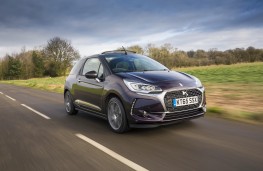 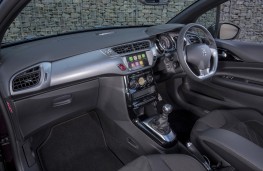 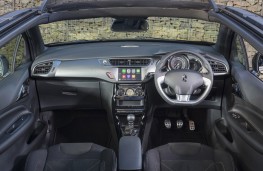 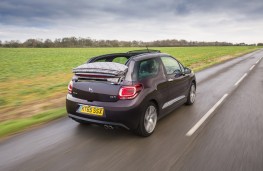 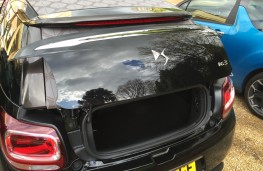 THE car which set out the stall for the DS brand to go it alone is getting a fresh shot of French fancy.

Back in 2010 the DS3 was the first of a new breed that would add chic to Citroen's motoring agenda.

It went down like hot cakes and the DS3 became a rival to the MINI and the Fiat 500 as a little car that was posh throughout and could be personalised to the hilt.

Us Brits loved them and in the past five years we have snapped up no less than 100,000 in either hatchback or cabrio styles.

The UK even outstrips France when it comes to DS3 sales and we have accounted for more than a quarter of all built so far.

Now things are changing and the DS3 becomes the DS 3 - and that space between the characters and number means a lot.

No longer is this a Citroen car by name, it's a DS - pure and simple - and the badge sets it out of being part of a new luxury brand within the Peugeot-Citroen stable.

The larger DS 4 and DS 5 models have already undergone makeovers to start off the new club and now it's the turn of the car that started it all.

As such, the DS 3 gets a new look, a spruced up interior and some new firepower.

It is as snazzy as ever with a two-tone colour scheme enabling 78 permutations and a mind-boggling three million ways of making the car different.

For people who want their car to have a certain cachet that shouts out ‘me' then the new DS 3 has lost none of the charisma.

Entry prices for both the hatch and the cabriolet versions are up by around Â£1,000 to Â£13,995 and Â£16,295 respectively but generally the pricing structure is largely unchanged - although a range-topping performance model is on the way costing from Â£20,495.

New to the line up is a 130bhp three-cylinder 1.2-litre turbo fitted with the PSA award-winning PureTech petrol engine.

In the high specification DS 3 cabrio we have just tried in Prestige trim it is priced from £21,095 although the engine can be had in lower grade Elegance hatches from £16,895.

With its slideaway fabric roof which can be operated on the go at motorway speeds the cabrio versions cost some Â£2,200 more than the hatches but give the car extra appeal for those who like the wind in their hair - and compared to the rest of the world, the UK is open-top crazy.

Although the roof retracts completely leaving the interior fully exposed it is best thought of as a giant sunroof with the bonus of significantly less wind noise and buffeting than you would experience in a regular convertible.

Moreover, it is fun and the new engine is a zesty performer with a distinctive three-pot rasp as it goes through its paces.

Open the roof in the cabrio - an operation carried out electronically and one that takes just seconds - and the volume rises adding to the experience.

This version of the PureTech engine is available only with a six-speed manual box and its nicely torquey in any gear.

Top speed is a claimed 126mph, 0 to 60 takes nine seconds and that's lively enough and with stop/start on hand the DS 3 is fairly economical with emissions of 105g/km which rates it at 62.8mpg.

We found that to be hugely optimistic and driven as this car is going to be (and that is not exactly for economy) in the real world it will return around 40 to the gallon.

Nevertheless that is not disappointing and you will be in a car that in all likelihood you have fashioned around yourself.

On the DS 3 cabrio there's a choice of four different fabrics for the roof and the interior is decked out with alcantara and cloth seats as well as leather trim with quality stitching.

The facia can also be jazzed up with decals while the dashboard is centred on a seven-inch touchscreen.

There are fewer controls than before - the mid-zone on the dash is now a storage area in between two banks of buttons - and with a youngish audience in mind the DS 3 has the necessary connectivity in the shape of Mirror Link and Apple CarPlay.

Although the DS 3 looks smarter there is little change to the overall design which still features the car's characteristic shark fin design middle pillar.

The cabriolet also keeps its pop-open boot where the lid slides upwards and there is 245 litres of space - good for an open-top car of these proportions although the loading aperture is quite tight. The hatch has 285 litres of boot room and that too is generous with easier access from the tailgate.

The handling is neat, not overtly sporty but accomplished enough and for those wanting a little more venom the 210bhp Performance model with its 1.6-litre turbo, Torsen limited slip differential and lowered suspension may be worth the wait.

In cabrio form it will cost from £22,795 and that will be the DS that is going to blend fury with its fashion.

THE first Citroen DS4 looked great from every angle inside and out but it...