By Lee Gibson on 2017-03-19 - A journalist with nearly 30 years of experience on some of the biggest regional newspapers in England and Wales including the Birmingham Mail, Express & Star, Western Mail, the Sunday Mercury and Wales on Sunday. He currently edits the Sunday Mercury motoring pages as well as contributing to Eurekar. 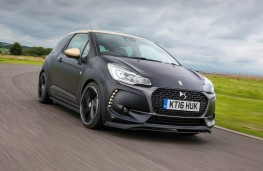 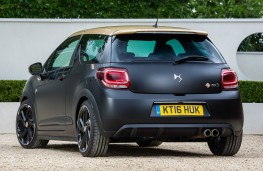 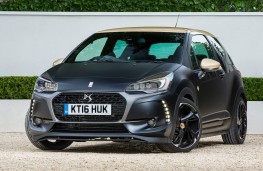 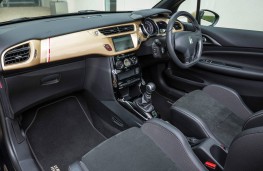 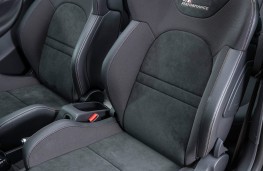 WITH the subtlety of a sledge hammer the ‘Performance' tag in the moniker makes it abundantly clear that this is the souped-up version of the popular DS 3 - now shorn of the Citroen prefix as the French car maker seeks to bring added kudos and individuality to its spin-off brand.

The wisdom of that move remains to be seen as a marketing ploy - but the introduction of a sporty derivative rarely does any harm and, following the limited-edition Citroen DS 3 Racing half a decade ago, this is the long overdue full-production hot-hatch version of the popular supermini.

In the boy-racer fraternity at which such models are aimed, having a go kart-like drive is generally regarded as a good thing - and the DS 3 Performance has it in spades.

Riding lower than the standard DS 3 on a much stiffer, sports-tuned suspension and with a wider track, limited slip differential and quick steering, it proves very nimble and agile, turns quickly, grips solidly and remains stable and flat in fast corners.

With the same 1.6 litre turbocharged petrol power pack under the bonnet as sister company Peugeot's 208 GTi it also has pace to burn - rocketing from 0-62mph in just 6.5 seconds and on to a top speed of 143mph.

Those are impressive figures for a sporty supermini and it feels every bit as fast from behind the wheel, with prompt throttle responses and little evidence of turbo lag.

Imposing Brembo brakes help to keep all the power in check when necessary and the aggressive body kit, rear spoiler, twin tailpipes and Performance badging further visually differentiate this pocket rocket from its range relatives.

The standard six-speed manual gearbox has a short throw and snappy action which also adds to the entertaining nature of the drive.

On 18-inch alloys and wafer thin rubber, the pay-off for all that taut control and grippiness, however, is a ride which is firmer than an Anthony Joshua jab and does little to iron out any imperfections in the road surface.

This did occasionally become jarring for my fifty-something bones, given that most UK roads bear more resemblance to a ploughed field these days, but will be of scant consequence to those 30 or so years younger who will mostly be buying this motor.

Nevertheless, you'd be well advised to avoid potholes wherever possible for the sake of yourself and the car's suspension.

Some protection was, at least, afforded by the body-hugging bucket seats - which are stylishly embroidered with ‘Performance' branding and, along with some high-gloss trim, are the only real interior changes.

That's not necessarily a bad thing, though, as the DS 3 cabin is neat, tidy and well-constructed from high-quality materials, for the most part, and roomy enough for front-seat passengers.

Travelling in the back is a different proposition, however. Just getting in is a bit of a scramble and legroom is minimal once you're there. And while the boot, at 285 litres, will handle a trip to the shops or a couple of weekend bags, personal storage cubbies are in short supply.

Typically, though, practicality is not high on the list of priorities for buyers of hot superminis and few of the DS 3 Performance's rivals fare any better in that department.

Equipment is in keeping with the premium aspirations of the newly emancipated DS badge.