By Peter Hayward on 2017-04-18 - Peter has been writing about cars for more than 35 years producing road tests, second hand car tests, features on new and classic models, road safety and manufacturing. Has been a contributor to Auto Express, Classic Cars, Classic Car Weekly, Candis magazine and Japanese Motoring. 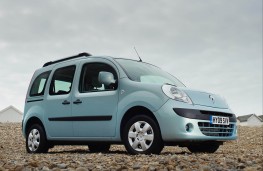 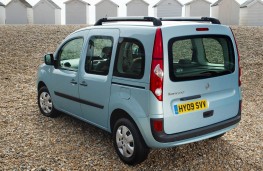 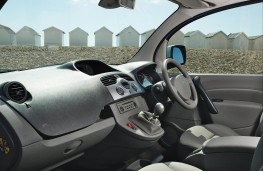 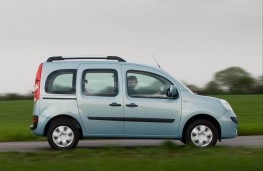 ONE of the favourite vehicles for conversion into wheelchair-friendly transport for those with disabilities was the Renault Kangoo - a smaller MPV with the same name as the van on which it was based.

To make that conversion you need a big interior, that's why the Kangoo also makes great family transport.

The last model built between 2009 and 2012 was not based on a van at all but on the Scenic of the same era, so it had a very good starting point.

Needless to say, it is big on the inside but has a small footprint on the road and that vertical rear end helps make it very easy to manoeuvre and park.

The Scenic base means it comes with much better handling and comfort than previouslyand affordable prices plus low running costs mean it has plenty of appeal.

Most sold here were diesels with the Renault 1.5 dCi diesel power unit. This was available as a turbo and non-turbo, with power ranging from 75 to 110bhp, giving low emissions and economy of 51 to 54 miles per gallon.

Two 1.6-litre petrol engines were also available, with either 88 or 103bhp, and although their economy is only about 33 to 36mpg, they should be a good deal cheaper.

All Kangoos are hugely spacious inside with seemingly endless storage and plenty of passenger room both front and back.

They also have sliding rear doors that make for much easier access, especially in narrow spaces.

All are pretty slow, but then, they are likely to appeal to families looking for value and economy, and that they certainly have.

Trim levels are Athentique, Expression and Dynamique, plus a couple of special editions with added value.

All have column mounted audio controls, electric windows, remote locking and four airbags but only top Dynamique got aircon or stability control as standard.

The interior is a little plasticky but that makes it easy clean and family friendly.

With all the seats in place, the boot is vast and the lift up hatch makes a good rain cover. But the length of that hatch means you have to leave space to be able to open it.

Future could be a Renault hotel on wheels

RENAULT gives us a glimpse of what life on the road might be like in a few... 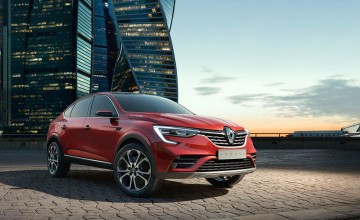 RENAULT is planning an assault on Russia with an all-new coupe-crossover - and...