Keep off the booze

By David Whinyates on 2019-11-28 - David is one of the UK’s most experienced motoring writers and was instrumental in setting up the Driving Force syndication service for Britain’s biggest regional newspaper group. Former Chief Motoring Editor of Trinity Mirror Regionals, he is Driving Force’s Consultant Motoring Editor and a director of Driving Force Media Ltd. 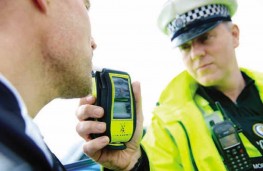 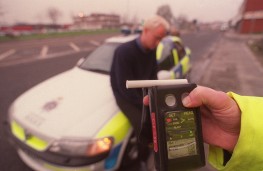 ROAD safety and breakdown organisation GEM Motoring Assist is urging drivers to make safety their priority this Christmas and not to take any risks with alcohol.

The advice comes as official figures show there has been no decline in the number of people killed through drink-driving in recent years.

A total of 250 people were killed in the UK in accidents directly related to drink-driving in 2017, up nine per cent on 2016, when there were 230 deaths. It was also the highest number since 2009 when 340 people died according to the Department for Transport.

Meanwhile, police figures reveal there were 56,000 fewer roadside breath tests carried out in 2017 than in 2016.

GEM road safety office Neil Worth commented: "Please do not think that just because you're less likely to be stopped and breathalysed by the police that's its acceptable to drive after drinking alcohol. It absolutely is not, and the figures show that more people are dying as a result of someone's choice to drink drive than at any time in the past decade."

The legal limit in England and Wales is 35 micrograms of alcohol in 100ml of breath. In Scotland the limit changed in December 2014 and is now 22 micrograms. The penalty for a first drink-driving offence is a minimum 12-month ban, a fine of up to £2,500, and even a prison sentence of up to six months. Refusal to provide a specimen carries the same penalty.

Neil Worth adds: "Don't ever take a risk with drink-driving. If you're going out for a few drinks, then make arrangements to get home. A Â£20 taxi fare is definitely worth every penny for your peace of mind. And if you prefer to drive, then stay on soft drinks or why not organize an alcohol-free night out and avoid any risk altogether?"