By Chris Russon on 2020-01-09 - The driving force behind Eurekar. Chris heads up a team of motoring correspondents under the Driving Force banner. Prior to Driving Force becoming independent in 2010 he was Chief Motoring Editor for Trinity Mirror Regional newspapers. Chris has been writing about cars for almost 40 years. 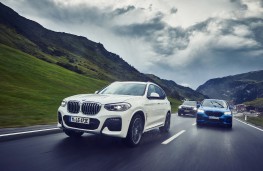 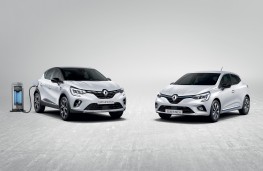 MORE plug-in and hybrid models are on the way with Renault and BMW announcing new models which will be on the road soon.

BMW will be launching plug-in hybrid versions of its X1 and X2 SUVs while Renault has revealed more about its plans for electrification with a new engine to be fitted on a mild-hybrid Clio and in a plug-in Captur.

For BMW the new models bring to eight the number of plug-in variants it is offering and the new X1 is slated for release in March. The X2 will be arriving in the summer.

Both the new BMWs have a 1.5-litre three-cylinder petrol engine mated to an electric motor which combined produce some 220hp - enough for rapid 0 to 60 acceleration times of less than seven seconds and a top speed in the region of 120mph.

The two new BMW plug-ins have a pure electric range of up to 35 miles and under the new WLTP fuel test programme are rated at between 134.5 and 148.7mpg.

Emissions range from 43 to 48g/km and BMW says recharging the battery can be done in five hours from a domestic supply or 3.8 hours to 80 per cent capacity.

Charging times from a wallbox are quicker - 3.2 hours for a full recharge or 2.4 hours to 80 per cent.

Prices for the X1 xDrive25e start from £38,200 putting it close to the top of the range while BMW has yet to release costs for the X2 model.

Meanwhile Renault unveiled more about its electric plans at the Brussels Motor Show where it showed off its latest Clio E-TECH hybrid and a plug-in version of the Captur compact crossover - the brand's two best sellers.

Both will be on sale in June and will be fitted with Renault's new 1.6-litre petrol engine which has been specially updated to allow for electrification.

Battery capacity varies with the Clio E-TECH having a 1.2 kWh battery (230V) that delivers significant reductions in fuel use and carbon emissions, for up to 80 per cent of urban driving time in 100 per cent electric mode.

When fully homologated Renault expects the new Captur to be rated at around 188mpg with emissions of 34g/km.

Both models use a clutchless transmission which Renault has developed in conjunction with its Formula 1 racing team.

Renault says that the new Clio hybrid will have a regenerative braking system and will be capable of driving for up to 80 per cent of urban journeys on full electric power at speeds of up to 38mph.

Compared to a conventional powertrain Renault says the Clio hybrid is expected to be around 40 per cent more economical.

Renault has plans to expand its electric offerings with a plug-in version of the Megane later in the year and by 2022 intends to have eight fully electric models and 12 electrified models - hybrid and plug-in hybrids - in its range.