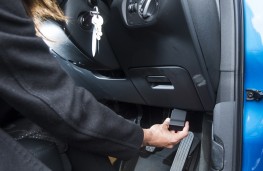 NEW research has found that 3.8 million drivers are thinking of switching to ‘black box' telematics insurance.

But this finding from online company Compare the Market comes as the Financial Ombudsman and others have received many hundreds of complaints about the supposedly money saving system, with regular bloopers, some of which put premiums up or cancel insurance altogether.

More than 70 per cent of feedback in 2018 was negative, according to consumer site Smart Money People, and over four in five complaints related to the accuracy of the devices.

Mistakes have included a young driver recorded as crossing the English Channel even though he was in the UK at the time.

Others have reported receiving bad driving scores while their car was parked on their driveway.

And in the worst cases, the errors have resulted in policies being cancelled, leaving motorists uninsured and finding it very hard to get reinsured!

Telematics policies have been pushed by the insurance industry for some years now as a way of reducing insurance costs.

But bad reviews of the black box policies have nearly doubled in two years, and the Financial Ombudsman has warned that it has heard from 'a growing number of people' that the data collected by their black box is wrong.

More than one million motorists in the UK have black box - or, as it is more formally called, telematics car insurance.

Ordinarily, insurers price car premiums on age, postcode and the car you drive.

But, with telematics policies, prices can go up or down depending on driving style, mileage, the routes you tend to take and the time of day you travel.

For many young drivers, these policies have been a way to reduce sky-high premiums, but there are many pitfalls in your insurance company knowing too much about how you drive!

The best way to keep premiums down for us all is to shop around every year and get quotes from a number of companies.

The easiest way to do this is to use a couple of the price comparison websites like Compare the Market, Go Compare or Moneysupermarket.

But if you would rather talk to someone on the phone, ring at least two brokers every year and get them to do the comparison work for you.

Telematics may be the coming thing as far as the insurance companies are concerned but it may not be so good for drivers.