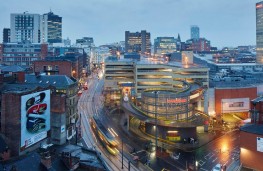 THE coronavirus lockdown has led to a significant drop in air pollution and has become a driver for calls that dirty vehicles should not be allowed back into our cities.

On the 50 anniversary of Earth Day, the independent Air Alliance has identified the cleanest cars on our roads in a bid to give buyers confidence to switch to cleaner vehicles and restore the automotive industry which has been badly affected by the pandemic.

Both types of technology are already widely available, do not force buyers to change behaviour and do not require government subsidy at a time of extreme fiscal challenge, it adds.

Nick Molden, co-founder of the alliance, said: "As the world emerges from the impact of COVID-19, legislators, manufacturers and buyers have an opportunity to focus on the cars that will limit the rise in pollution generated by economic recovery.

"Freely available to everyone, including car makers and policy makers, we want to put valuable information in the hands of those who can effect real change.

"It's fitting that on Earth Day, where millions of people would have physically joined together to celebrate 50 years of campaigning for a cleaner climate, we have a trusted online database that can lead to lower emissions right across the globe."

As a not-for-profit organisation, the Air Alliance is independent from the car industry and, with a large database of test results, it shows how vehicles perform consistently in real-world use.

It highlights models such as the latest Peugeot Partner 1.6-litre diesel, the Renault Clio 1.0-litre petrol and the Kia Sportage mild-hybrid diesel as among the cleanest when it comes to both NOx and CO2 outputs.

Another included in the list - mainly made up of diesel-engined vehicles - is the 2018 VW Passat 2.0-litre diesel.

The alliance says the challenge is to enable the return to mass mobility without returning to the high levels of pollution prior to the pandemic.

Mr Molden added: "Good air quality should not be a luxury, it is something that, from a public health point of view, we should require and, if nothing else, the COVID-19 crisis has revealed the benefits of cleaner air. We should be taking positive steps now."

The Air Alliance carries out a programme of vehicle testing and more results will be added to its index periodically.

Its inspiration has been NCAP, the independent vehicle-safety rating system developed in the US in the 1970s that became the industry standard in the EU and around the world.

The first Earth Day was held on April 22, 1970 where 20 million Americans took to the streets, college campuses and hundreds of cities to protest about an oil spillage that had blighted the Santa Barbara coastline in California.

The first Earth Day is credited as creating a launchpad for the campaign for the environment and is now recognised as the planet's largest civic event. 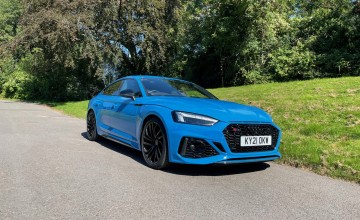 IS the Audi RS5 Sportback one of the finest looking cars on our roads today?...