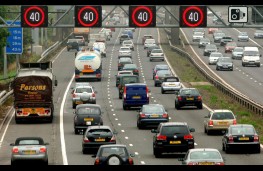 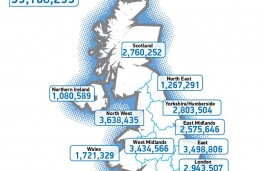 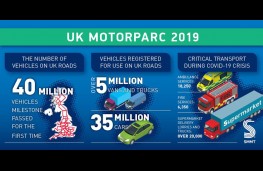 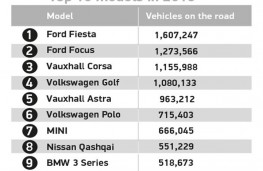 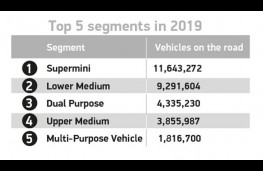 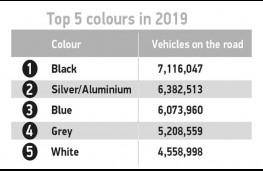 THE number of motor vehicles using Britain's roads has passed the 40 million mark for the first time, according to figures published by the Society of Motor Manufacturers and Traders.

There are now some 35 million cars and five million commercial vehicles on the road - a rise of one per cent year on year.

Despite the increase CO2 emissions from cars in 2019 was at its lowest level on record thanks to developments in technology and the switch to electrification.

Light commercial vehicles saw the biggest percentage growth, rising 2.7 per cent on the previous year to 4,527,724 units, surging by 28 per cent in the past decade.

That is the largest number delivering for Britain since 1990 - a figure which continues to grow with vehicles helping to provide transport for essential workers, deliveries and emergency services during the conronavirus outbreak.

Some 25,000 ambulance and fire service vehicles, together with more than 20,000 supermarket delivery trucks and lorries are keeping the nation safe, supermarket shelves stocked, and the flow of food, medicine and care to vulnerable people going during the crisis.

Equally crucial to keeping the cogs turning are the garages that have kept their doors open to ensure these vehicles remain safe and operational during this time of need.

The number of these cars grew by 26 per cent last year, with 11,832 hybrids, 144,335 plug-in hybrids and 92,913 battery electric vehicles now in use, although this segment still makes up just 2.2 per cent of the overall car market.

The SMMT says that with more drivers opting for the latest low emission vehicle technology, average CO2 emissions continued to fall - down -19.2 per cent since 2008 to the lowest on record.

Manufacturer investment in new technologies, from Euro 6 petrols and diesels, to plug-ins and hybrids, mean drivers and operators can now take advantage of a diverse range of efficient models.

Mike Hawes, SMMT chief executive,said: "As the UK continues to battle the coronavirus pandemic, keeping food, medical supplies and the people serving on the front line moving has never been so important - and these figures show the essential role Britain's vehicle fleet plays for society.

"They also provide evidence that industry's ongoing investment into ever cleaner, safer and more reliable vehicle technology is paying off, even as demand for mobility grows.

"To ensure this trend continues, we must get the right support for businesses and their workers in place now so that when this crisis is over, the sector can help get the whole country and our economy back on the move."

The data also reveals black as the most commonly seen car colour on the UK's roads, with more than a fifth carrying such finishes. Silver (18 per cent) and blue (17 per cent) are second and third choice respectively for motorists across the country and, while white (13 per cent) takes just fifth place overall, it is the most popular colour for battery electric and hybrid plug-in cars.

Across the country, all regions have seen an increase in ownership, the highest spike in drivers being in the South West of the country, up 1.94 per cent.

Conversely, Greater London and the West Midlands were the only two regions that experienced a decline in car ownership, down 0.31 per cent and 0.71per cent respectively, with 9,131 and 24,642 fewer cars on the roads across the nation's capital and in the Midlands conurbation. In spite of this, the biggest city in the region, Birmingham has the second highest number of battery electric and plug-in hybrid vehicles after Greater London, with some 24,000 zero and ultra-low emission cars on the city's roads.

Other facts from the study showed:

*The most popular car on the road is a black, eight-year old supermini - most likely a Ford Fiesta with some 1.61 million on the road or a Vauxhall Corsa at 1.16 million.

*The South West region experienced the country's most significant uplift in ownership - up 1.94 per cent with over 67,000 more cars on the roads.

*Greater London is the municipality with the highest number of battery electric and plug-in hybrid cars (26,513), followed closely by Birmingham (24,431) and Peterborough (12,493).

*Last year saw the highest number of HGVs on UK roads in 30 years - with 607,998 trucks and lorries delivering goods across the country, the majority of them diesel (93.96 per cent).

*A record 4,527,724 vans were on UK roads in 2019 supporting booming demand for online deliveries, as 83 per cent of people are buying goods and services online.