By Robin Roberts on 2020-06-30 - Has had with a career spent covering the automotive industry and particularly its Welsh component suppliers - he can not only tell you what goes where but possibly who made it fit. He has been a motoring journalist based in Wales for three decades. 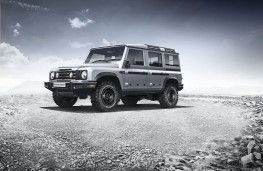 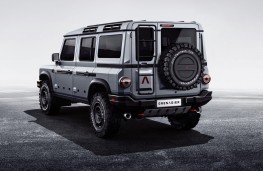 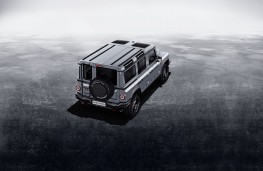 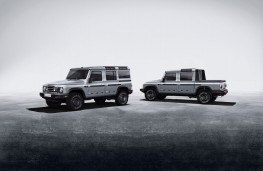 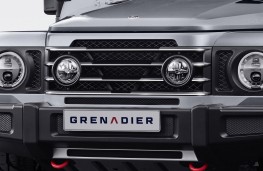 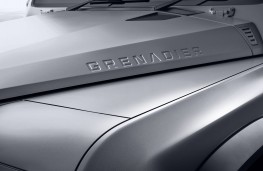 THE new Ineos Grenadier has gone on parade with the Land Rover lookalike signalling a new era for the automotive industry in Wales.

The British-designed, Austrian engineered and German powered heavy duty 4x4 will go into production at the end of 2021 as part of a £600 million investment directed by one of the richest men in Britain, Sir Jim Ratcliffe, the man behind the Ineos chemical empire who has been working towards this day for three years.

Heavily influenced by the previous Land Rover Defender loved by Ineos boss Sir Jim, it will be built in a new factory at Brocastle Industrial Estate, Bridgend.

The Grenadier will roll off production lines there towards the end of 2021, creating 200 jobs in the factory next to the Ford Bridgend engine plant which closes this year.

If demand for the BMW-powered Grenadier lives up to expectations, another 300 jobs will be created and the new factory expanded.

It has been designed in Britain with chassis development by Magna Steyer and utilises a BMW powertrain for its all-wheel-drive traction.

No price indication has been given but it is expected to be highly competitive. Its specification has been carefully honed to give the widest appeal and possibilities for buyers, both private, public and fleets.

The images show a long-wheelbase model as well as a double-cab pick-up version but more bodystyles will follow depending on demand from particular markets.

Initially the Grenadier will be on sale in the UK and Europe and production will be ramped up for global sales in places such as Australia and Africa.

Built from the ground up on an all-new platform, the INEOS Grenadier has been designed on purpose - namely to meet the demands of its future owners for a rugged, capable and comfortable go-anywhere working vehicle.

"The brief was simple. We set out to design a modern, functional and highly capable 4x4 vehicle with utility at its core", said Toby Ecuyer, Ineos head of design. "A design that is ‘easy-to-read', with no ambiguity about the Grenadier's role in life.

"There to do everything you need, and nothing you don't. Nothing is for show. Modern engineering and production techniques ensure the Grenadier is highly capable, but we have been able to stay true to the essence of creating a utilitarian vehicle that will stand the test of time."

The experience of designing world-class yachts has allowed Toby to bring a unique perspective to the design process of the Grenadier which has resulted in a highly practical details packaged into a robust and purposeful 4x4 design.

Dirk Heilmann, Ineos Automotive's cheif executive, said: "We are delighted to be able to share the design of the Grenadier so early in the process. Most manufacturers would hold back, but we are a new business, building a new brand, and we want to take people with us on this exciting journey.

"We have a very challenging programme ahead, as we put prototypes through their paces in all conditions, on the way to accumulating some 1.8 million test kilometres over the coming year. From today the covers are off. Testing ‘in plain sight' without the need for camouflage wrapping, foam blocks or fake panels is an added benefit."

He has spent 20 years with Ineos and is a self-confessed car-nut.

He has traversed Fuerteventura in an old Jeep Wrangler, hopes to cross Canada from coast to coast and looks forward to travelling to some of the most remote places on Earth with the Grenadier.

The challenge of creating a highly capable modern 4x4, available to own across the world, is a mission that the car enthusiast in him found irresistible.

Sir Jim Ratcliffe, chairman of Ineos, said:, "The Grenadier project started by identifying a gap in the market, abandoned by a number of manufacturers, for a utilitarian off-road vehicle. This gave us our engineering blueprint for a capable, durable and reliable 4x4 built to handle the world's harshest environments. But it had to look the part as well. As you will see, Toby and his team have done a great job in delivering a design that is both distinctive and purposeful."