By Chris Russon on 2020-07-01 - The driving force behind Eurekar. Chris heads up a team of motoring correspondents under the Driving Force banner. Prior to Driving Force becoming independent in 2010 he was Chief Motoring Editor for Trinity Mirror Regional newspapers. Chris has been writing about cars for almost 40 years. 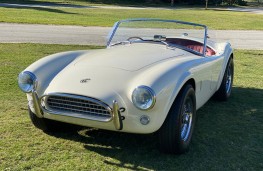 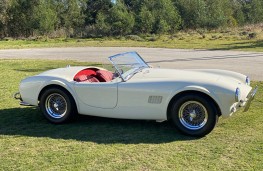 AN icon of British motoring is making a comeback as AC prepares to bring the legendary Cobra right up to date with an electric powertrain.

The zero emission two seater is coming on stream as the company - the nation's longest surviving motor company which has been making cars since 1901 - launches a four-cylinder version powered by a 2.3-litre engine as used in the latest Ford Mustang.

The Cobra shot to fame in the 1960s when powered by a Mustang V8 engine and co-developed by American Carroll Shelby, it set out to rival the Corvette in motor races around the globe including the Le Mans 24 Hours.

Styled in similar fashion to the original model, the newcomers will be known as the AC Cobra Series 1 electric and the AC Cobra 140Charter Edition.

The two will be built in limited numbers with only 58 versions of each being made to mark the number of years since the original first arrived back in 1962.

The 350bhp turbo petrol model will be able to complete the 0 to 60 sprint in around six seconds and is priced at around £85,000.

Alan Lubinsky, chief executive of AC Cars which is now based close to the Lotus works at Hethel in Norfolk, said: "Our long saga reflects the many challenges of making sports cars in low volumes in the modern world.

"But, over the years, our belief in the brand has been sustained by the loyalty and support of AC Cobra owners worldwide. Their faith has given us the motivation to keep on striving to give AC a future - and with these superb new products, engineered not just for today but for tomorrow, I am convinced we have given AC a bright future".

"We have more exciting plans ahead but our focus for now is to get these 116 cars built, sold and out where they should be - on the open road."