By Chris Russon on 2020-08-05 - The driving force behind Eurekar. Chris heads up a team of motoring correspondents under the Driving Force banner. Prior to Driving Force becoming independent in 2010 he was Chief Motoring Editor for Trinity Mirror Regional newspapers. Chris has been writing about cars for almost 40 years. 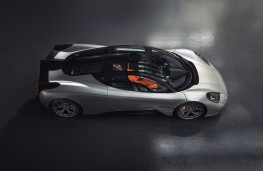 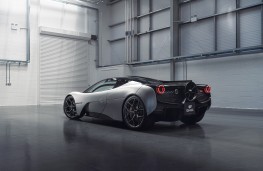 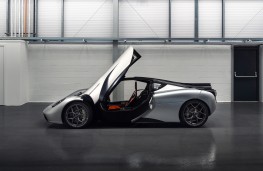 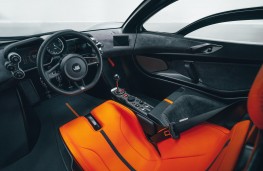 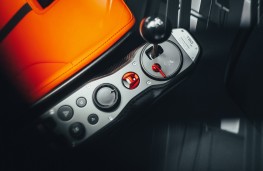 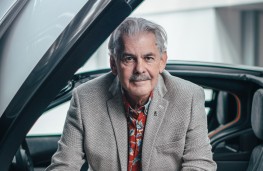 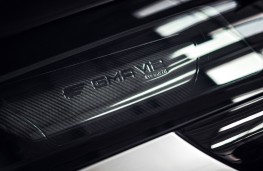 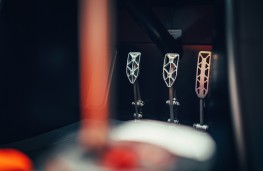 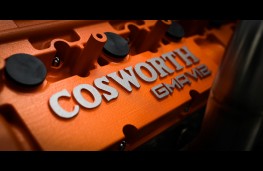 THE wraps have come off the all-British T.50 supercar - a Â£2.36 million creation devised by former Formula 1 guru Gordon Murray.

Engineered to be the most driver-centric car ever, production will be limited to just 100 examples.

Murray, who went on to create the legendary McLaren F1 supercar after leaving F1, has set up Gordon Murray Automotive which will start building customer versions of the T.50 in January 2022.

The car is said to have the most advanced and effective aerodynamics ever seen on a road car which have been enabled by Murray's unique rear-mounted fan positioned in the centre of the tail panel.

Like the McLaren F1 the T.50 has a central driving position flanked by two passenger seats and the T.50 is powered by a 3.9-litre normally aspirated V12 engine developing 633ps which revs to an incredible 12,100rpm.

Externally, the T.50 has no skirts, spoilers or vents that traditionally adorn modern supercar bodies although the doors are dihedral and rise up and forwards coming to rest above the cockpit.

Performance data is still to be announced.

The car is the 50th model Murray has designed in a 50 year career that has seen his creations win World Championships on five occasions - hence the T.50 name.

British suppliers are responsible for every major component throughout the interior, as well as every facet of the car's underpinnings - an attribute insisted upon by Murray who was determined the T.50 would be a true British sports car.

With a vision that the car, and every element of its componentry, would be considered ‘engineering art', Murray set out to create a vehicle that surpassed all others, fostering new levels of pride and connection among owners.

Every T.50 customer has the opportunity to meet Murray to discuss their car and personalise it inside and out.

Part of this process includes a seat, steering wheel and pedals ‘fitting' session - personalised to every owner - that will ensure the T.50 is ergonomically perfect and individualised for each buyer.

Murray said: "Just 100 customers will share my vision, a car created to improve on the F1 formula in every conceivable way. With 30 years of technological and systems advancement, now, the time is right to design the greatest analogue driver's car.

"I believe no other company could deliver what we will bring to market in 2022, producing this British supercar will be my proudest moment.

"From the first touch of the titanium throttle pedal to the V12 screaming at 12,100rpm, the driver experience will surpass any supercar ever built. No other road car can deliver the package of power, instant responsiveness and driver feedback in such a direct and focused way while remaining comfortable, refined and usable every day."

With a footprint comparable to that of a Porsche Boxster, the T.50 has a specially-built Cosworth GMA engine which is the world's highest revving, fastest responding, most power dense and lightest road-going V12.

The T.50's kerb weight of 986kg makes it the lightest supercar of the modern era, and lower than the average supercar weight by almost a third.

T.50 buyers will be given a bespoke service from their first expression of interest and throughout the purchase, specification and manufacturing process and for the duration of their ownership.

During the car's development, owners have been given first sight of vehicle designs, engineering milestones and project updates.

Moving closer to the car's 2022 manufacturing date, customers will be invited to set up their car to fit them perfectly, while customisation of colours and interior will allow individualisation of the strictly limited 100 T.50 models.

Murray has met or spoken to every buyer and will hand over every car collected from the Gordon Murray Automotive's UK customer reception centre in Guildford. Around the world T.50 owners will have access to a service network in the UK, US, Japan, and Abu Dhabi - with a ‘flying technician' service supporting these and all other markets.

Throughout the build of their car at Gordon Murray Automotive's UK production base, customers will be kept informed of the status of their car and will have the option to visit their car during the build.