Are we ready to

By Maxine Ashford on 2020-09-07 - Maxine has been a journalist since the late 1980s and for the past 13 years has specialised in motoring. Former motoring editor at Media Wales responsible for the Western Mail, South Wales Echo, Wales on Sunday. Freelance since 2009, Maxine loves cars but not quite as much as rugby! 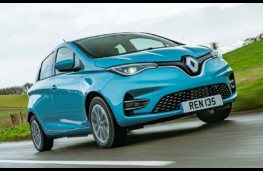 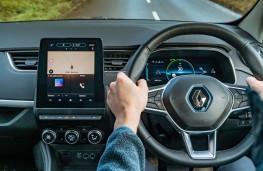 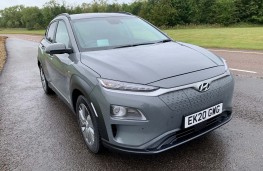 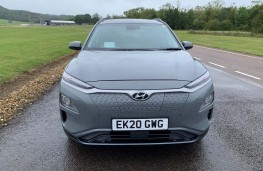 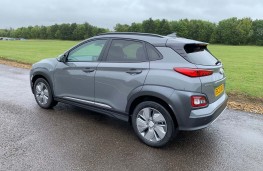 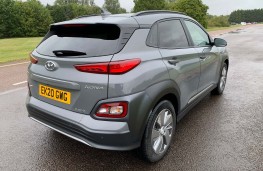 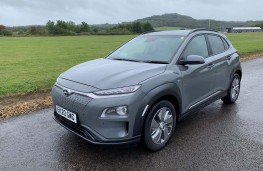 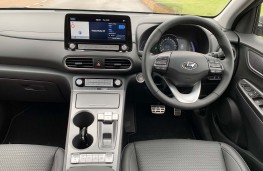 TWENTY of the world's top car makers came together at a special electric vehicle event to highlight the growing range of technologies and prove just how far the industry has come.

The Drive Zero event, organised by the Society of Motor Manufacturers and Traders (SMMT), was held at the Millbrook Proving Ground in Bedfordshire where models could be taken on a fast track circuit or a hill climb route.

It was also a chance for the SMMT to call on the Government to commit to long-term incentives for EV buyers and meet targets to combat fears about the charging infrastructure.

Although the popularity of EVs is growing at a rapid pace, the plan to get the industry down to zero emissions by 2040 may be brought forward to 2035, but at the moment the nation is simply not ready.

As SMMTChief ExecutiveMike Hawes said: "Consumers need to feel that it's as easy to charge a car as it is to fill up. And for that to happen we need 1.7 million charge points by the end of this decade and 2.8 million by 2035."

But it's not just the charging that is a concern, the initial outlay can put off buyers too.It's a fact that most EVs carry a hefty price-tag, but the SMMT is pressing the Governmentfor a long-term commitment to incentives, including the continuation of the Plug-in Grant and its re-introduction for plug-in hybrids.

This commitment, alongside VAT exemptions for all zero emission capable cars, would reduce the upfront price of a family car by an average Â£5,500 for battery electric cars and Â£4,750 for plug-in hybrids, and for an SUV by Â£9,750 and Â£8,000 respectively - vital given the high cost of producing this advanced new technology.

Mr Hawes added:"Manufacturers areworking hard to make zero and ultra-low emissions the norm and are committed to working with government to accelerate the shift to net zero - but obstacles remain. Until these vehicles are as affordable to buy and as easy to own and operate as conventional cars, we risk the UK being in the slow lane, undermining industry investment and holding back progress."

But one concern the auto manufacturers have overcome is the range anxiety issue.

Potential buyers were often put off by the relatively limited EV driving distance between charges. But we tried the new Renault Zoe with a 238-mile range. This car was recently upgraded and boasts modern styling inside and out with a very upmarket interior.

It costs Â£28,620 (after the Government grant has been deducted) so it's not exactly cheap to buy, but the running costs are low and there are all manner of financial incentives thanks to the zero carbon emissions figure with no tax for the first year and a BiK rating of zero per cent.

Out on the hill route, the Zoe was beautifully balanced and there was ample power to conquer the steep inclines with 134hp and 245Nm of torque from this plug-in model.

We also drove an electric Hyundai Kona on the same test route and once again it was complete proof that EVs are very capable when faced with challenging conditions.

The interior of the Kona is ultra-modern with all the on-board technology we demand these days, including full smartphone connectivity via Apple CarPlay or Android Auto, an eight-speaker Krell sound system, wireless charging, a head up display and much more besides.

Consumers can now choose from a raft of technologies to suit their driving needs, from plug-in hybrids capable of an average 38 miles zero emission driving on a single charge, to full electric models with ranges of up to 300 miles, and hydrogen-electric cars that emit nothing but water.

EVs are rapidly growing in popularity, with demand more than doubling over the last yearthanks to massive industry investment worth some £54 billion in 2019 alone.

Over the past 12 months, the number of plug-in hybrid and full electric models on the market has leapt from 62 to 83, with more scheduled for launch in the coming months.

So, the car companies have proven their commitment to a cleaner future, now the call is for some long-term strategies from Parliament too.