By Chris Russon on 2020-09-07 - The driving force behind Eurekar. Chris heads up a team of motoring correspondents under the Driving Force banner. Prior to Driving Force becoming independent in 2010 he was Chief Motoring Editor for Trinity Mirror Regional newspapers. Chris has been writing about cars for almost 40 years. 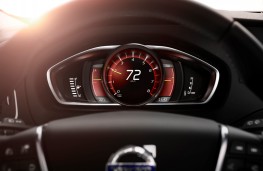 DRIVERS in Britain have given a thumbs down to European plans to fit speed limiters on all new cars.

An online survey by car retailer Motorpoint found 61 per cent of drivers were against the forthcoming change which is set to come into force from 2022.

Under new legislation passed by the European Commission, all vehicles in the EU would be fitted with a system, known as Intelligent Speed Assistance (or ISAs), which would stop drivers from breaking the speed limit by using GPS to track a car's position as well as speed.

The car would signal an alert when the road's speed limit has been reached.

The European Transport Safety Council (ETSC) believes limiters would help reduce collisions on the roads by 30 per cent and save up to 25,000 lives within 15 years.

Mark Carpenter, chief executive officer of Motorpoint, said: "While we welcome such new technology as part of the continuing drive to make our roads safer, we still need to guard against an over reliance on gadgets such as speed limiters when travelling in our cars and need to continue to keep our eyes on the road and hands on the wheel at all times."