By Chris Russon on 2020-10-26 - The driving force behind Eurekar. Chris heads up a team of motoring correspondents under the Driving Force banner. Prior to Driving Force becoming independent in 2010 he was Chief Motoring Editor for Trinity Mirror Regional newspapers. Chris has been writing about cars for almost 40 years. 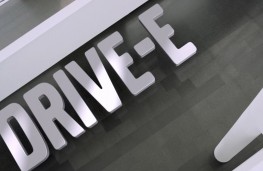 CAR makers have started to see a significant reduction in their average emissions levels and are largely on track to hit targets set by the European Commission, despite new car registrations being severely affected by the Covid-19 pandemic.

According to data collected and updated on a monthly basis by industry analysts JATO Dynamics for 21 countries in Europe, the average CO2emissions totalled 102.2g/km - under the New European Driving Cycle (NEDC) between January and August 2020.

By these calculations, the European automotive market is currently 6.5g/km over its combined target for 2021- this is a dramatic shift when compared to figures recorded in 2019.

Despite overall registrations falling by 29 per cent between January and September this year - when contrasted with the same period in 2019 - registrations for electrified cars increased by 67 per cent through September to 1.54 million units.

The owner of Volvo (which accounts for 99 per cent of Geely Group's volume in Europe), Polestar, LEVC and Lotus, met the target by August, 4 months ahead of the deadline.

A consistent focus on EVs is behind this achievement, with electrified vehicles accounting for almost half of its registrations in August, and 38% in January - August 2020.

If this average remained the same, the German car maker would only have to pay a minimal penalty at the end of the year. Meeting their target is more than achievable due to a mix of two strategies: increasing the share of electrified vehicles on sale, and the relatively low emissions generated by their diesel cars.

However, from an outsider's perspective, Toyota seems to be in a good position, only 2.2 grams away from their target.

But it seems that its hybridisation objectives - which started some years ago - is now stalling.

For the past three years, hybrids have accounted for around two third of Toyota's registrations in Europe, yet they are still not meeting the targets.

Damagingly, its pure electrics vehicles (real zero-emissions cars) have also taken a long time to arrive in Europe - with the new Lexus UX 300e, the first fully electric vehicle of the group, finally hitting the market this year.

The strategy of Korea's largest maker has been to boost its small SUVs and green compact cars. It seems to be paying off.

While hybrids accounted for 65 per cent of Toyota Group volume in August, they only made up 13 per cent for Hyundai.

However, pure electric cars represented eight per cent of registrations for the Korean manufacturer, while Toyota has been unable to put any on sale this year which demonstrates how battery electric vehicles, perhaps more so, than hybrid vehicles, are much more strongly placed to meet emissions targets,