By Robin Roberts on 2020-11-17 - Has had with a career spent covering the automotive industry and particularly its Welsh component suppliers - he can not only tell you what goes where but possibly who made it fit. He has been a motoring journalist based in Wales for three decades. 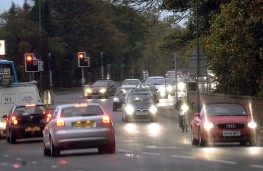 MORE than half of UK drivers say having access to a car is more important than it was before the coronavirus pandemic, with reluctance to use public transport in the future at its highest level in 18 years, research for theRAC's annual Report on Motoringhas found.

Two-thirds of drivers in three specific groups - young drivers, those with fewer than 10 years' driving experience and people living in the capital - are all significantly more likely to say they need a car more now than they did before March.

When it comes to needing to use a car for work, a majority (64 per cetn) still expect to drive to offices or other places of work in the future, a figure which is almost unchanged on the 67 per cent who said they did so before the pandemic.

A little over a third of drivers (36 per cent) said they expect to work from home more frequently in the future as a result of the coronavirus.

Despite the rise in home deliveries, nearly seven-in-10 drivers (68 per cent) say a car is essential for carrying items like shopping, up from 54 per cent last year - perhaps partly driven by the rise in click-and-collect services and people carrying out fewer, larger grocery shops than before the lockdown.

Meanwhile, six-in-10 drivers (59 per cent) say the car is essential for meeting up with friends and family who live elsewhere in the country, significantly up from 45 per cent in 2019.

The research also shows the scale of the challenge to encourage drivers to switch from their vehicles to public transport for some trips even in a post-pandemic scenario - and if this was a problem before the lockdown, it's likely to be an even greater one in the future.

For the first time since 2002 fewer than half of drivers (43 per cent) say they would use their cars less, even if public transport was improved - down sharply from 57 per cent in 2019.

Taken at face value, the declining appeal of public transport seemingly represents a seismic shift compared to recent years, and suggests drivers are more wedded to their cars than they have been for a long time. It also reflects ongoing safety concerns of using potentially crowded public transport systems.