By Chris Russon on 2020-11-24 - The driving force behind Eurekar. Chris heads up a team of motoring correspondents under the Driving Force banner. Prior to Driving Force becoming independent in 2010 he was Chief Motoring Editor for Trinity Mirror Regional newspapers. Chris has been writing about cars for almost 40 years. 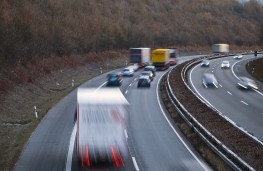 THE number of reported road accidents when following too close to another vehicle was a contributory factor has almost halved in just five years, according to latest data.

Figures from the Department for Transport highlight that the reported accidents when following too close was a contributory factor have dropped dramatically by 48 per cent year-on-year, from 7,023 in 2015 to just 3,582 in 2019, the latest year for which full figures are available.

It is one of the largest percentage drops of all the contributory causes of accidents caused by an injudicious action, which means due to a lack of judgement.

Dan Jones, operations manager atdriver training specialist TrackDays which analysed the data, said: "It's very welcome to see such a dramatic drop in the number of reported accidents when following too close was a contributory factor.

"It could be due to a number of factors, perhaps most importantly though advanced safety features on modern cars, such as adaptive cruise control which help keep a safe distance from the car in front. But it would also be nice to think that drivers are now calmer and more considerate to their fellow road users."

Meanwhile, the number of reported accidents when travelling too fast for the conditions was a contributory factor was also on a long-term decline, showing a significant decrease from 7,361 in 2015 to 4,666 in 2019, a decrease of 36 per cent.

Additionally, there are also fewer reported accidents when disobeying automatic traffic signals, and disobeying ‘Give Way' or ‘Stop' signs and markings was a contributory factor.

"Brits do appear to be becoming safer motorists in certain areas of driving, which has to be good news for all road users," added Mr Jones.