By Chris Russon on 2020-12-28 - The driving force behind Eurekar. Chris heads up a team of motoring correspondents under the Driving Force banner. Prior to Driving Force becoming independent in 2010 he was Chief Motoring Editor for Trinity Mirror Regional newspapers. Chris has been writing about cars for almost 40 years. 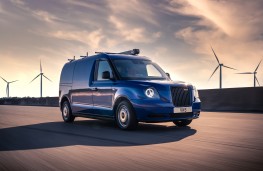 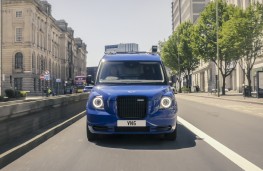 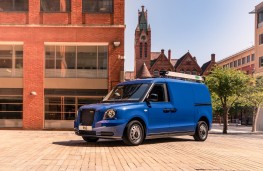 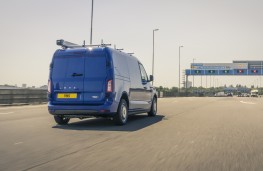 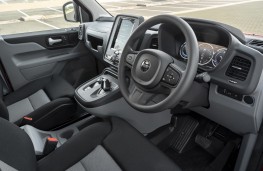 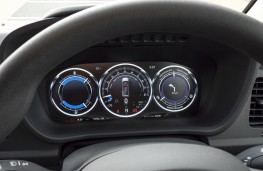 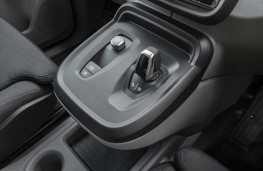 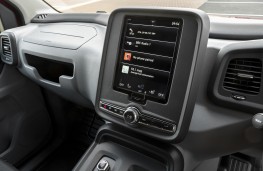 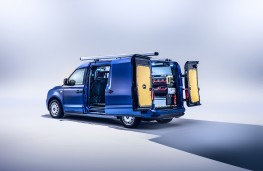 THE company that created the legendary Black Cab is spreading its wings into the LCV world with the launch of a van that is driven purely by electricity.

The London Electric Vehicle Company - now part of the Chinese-owned Geely empire which also owns Volvo - is about to release the VN5, a one tonne van that uses a petrol engine as a range extender.

With an overall range of 304 miles and a zero emission distance of up to 64 miles, the VN5 uses the same powertrain as the company's electric taxi launched in 2018.

As a commercial vehicle it is ideally placed to cash in on the growing demand for environmentally-friendly delivery vehicles which can go about their work with minimal emissions.

After the Government grant for plug-in commercials the VN5 is priced from £48,756 to £55,356 and is available in three trim specifications.

It is powered by a 110kW electric motor backed up by a 1.5-litre three cylinder petrol engine which together develop 150ps driving the rear wheels.

Official fuel consumption is rated at 313mpg and although that's rather fanciful we managed to see an average of 111mpg on a 45 mile drive from LEVC's headquarters in Coventry.

The engine - and a lot of the switchgear and instrumentation - is very Volvo and the company makes little secret of the tie up.

Recharging to full capacity can be done in just half-an-hour thanks to a 50kW DC charging capability and at the moment that is significantly faster than any other electric van.

While looking very similar to the TX taxi at the front, the van has a 40cm longer wheelbase with a 5.5 cubic metre load capacity and an 830kg payload limit.

As such it can carry two Euro pallets and is fitted with a one metre wide side sliding door on the nearside of the vehicle to supplement the 60/40 split rear door arrangement.

On the performance front it has a 0 to 60 acceleration time of 13.2 seconds, a top speed restricted to 80mph and the fuel tank capacity is eight gallons.

All that places the VN5 in a keen position and being derived from the London taxi it is exceptionally manoeuvrable with a 10.1 metre turning circle - the smallest radius of any similarly sized van.

On the road, driver comfort levels are high and the cabin is simply laid out with a nine-inch portrait style touch screen in the centre of the dash.

If there is a fiddle it is switching through the three drive modes - which include selecting pure EV driving - which has to be done via a combination of pressing a button then using the touchscreen to change mode before returning to the primary display.

Two modes of brake regeneration are available and in the highest setting it is almost possible for single pedal operation bringing the vehicle to a stop under engine braking.

We used a combination of all three modes on our run and the VN5 can handle city work purely on electric power switching into its hybrid mode out on the open road.

Overall emissions are rated at 21g/km and the VN5 comes with a 25,000 service interval and warranty cover of five years and 150,000 miles. The battery is covered for up to eight years.

LEVC is making great play of the VN5's low running costs and stresses that not only does the van avoid any low emission zone penalty charges but is also some four times cheaper when it comes to fuel costs than a diesel-engined alternative.

The van is also built from aluminium and has been designed to last twice as long as its competitors.

On our run in a top specification Ultima version of the VN5 the instrument panel was showing a 56 mile EV range and overall range of 256 miles at start.

It returned with 20 miles of electric motoring left and an overall range of 200 miles remaining - not quite what was predicted but close enough for few complaints.

"We've applied our extensive knowledge from the taxi world to create a high quality, hard-working van with zero emissions and long distance capability. As well as offering favourable operating benefits, VN5 fulfils the growing demands from both businesses and consumers for cleaner, more sustainable commercial vehicles."

The company is fast establishing a strong overseas market and plans to start left-hand-drive production of the VN5 later in 2021.