for new Skoda and VW

By David Whinyates on 2021-04-14 - David is one of the UK’s most experienced motoring writers and was instrumental in setting up the Driving Force syndication service for Britain’s biggest regional newspaper group. Former Chief Motoring Editor of Trinity Mirror Regionals, he is Driving Force’s Consultant Motoring Editor and a director of Driving Force Media Ltd. 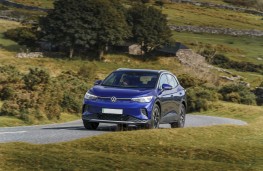 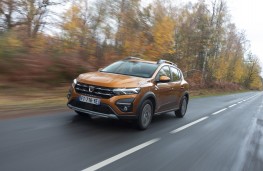 SKODA and Volkswagen are celebrating after their two new battery electric models, the Skoda Enyaq iV and VW ID.4 earned maximum five-star ratings in the latest round of crash safety tests carried out by Europe's top testing organisation, Euro NCAP.

But there'll be furrowed brows at Dacia, after the Romanian company's Sandero Stepway and Logan models achieved lowly two-star ratings.

The testing organisation conceded that the two budget-priced Dacia models have ‘respectable' crash protection which could have earned a four-star rating "if it were not for shortcomings elsewhere."

Those shortcomings related mainly to a lack of the latest high-tech safety assistance features such as camera and radar-based systems designed to prevent crashes with pedestrians and cyclists and lane-keeping support.

According to Michiel van Ratingen, secretary general of Euro NCAP: "Safety has moved on and the biggest strides forward are now being made by using high-tech to prevent accidents from happening. Clearly, Dacia have found their market and they're sticking to it, but a two-star rating shows little ambition, even for a low-cost product."

But Euro NCAP were impressed with the safety packages fitted to Skoda's Enyaq iV - the Czech company's first ground-up all-electric vehicle - and the Volkswagen ID.4 .

The two cars share the VW Group's modular platform for battery electric vehicles and, according to Euro NCAP, turn in impressive safety performances. With robust structures to protect occupants and the high-voltage battery and frontal, curtain and centre airbags as standard, both cars achieved a score of over 90 percent for adult occupant protection.

Both cars were also marked highly for child occupant protection as well as the protection of vulnerable road users and safety assistance systems. 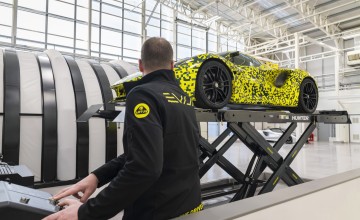 THE UK's low volume and specialist vehicle manufacturing sector is the most...