By David Whinyates on 2021-06-10 - David is one of the UK’s most experienced motoring writers and was instrumental in setting up the Driving Force syndication service for Britain’s biggest regional newspaper group. Former Chief Motoring Editor of Trinity Mirror Regionals, he is Driving Force’s Consultant Motoring Editor and a director of Driving Force Media Ltd.

IF you've got an aging Triumph 1300 gathering dust in your garage you could be sitting on a potential pot of gold.

For research by a company which tracks the value of older cars has shown that ordinary, everyday cars, like the 1300, that were once commonplace on British roads are now proving so sought-after that many are rising in value faster than versions of the Jaguar E-Type.

The latest data from the Hagerty Price Guide reveals that many cars which were once the backbone of British motoring - affectionately known as 'unexceptional' cars - have enjoyed a bumper year, with values rising by as much as 20 per cent year on year - and the Triumph 1300 leads the pack with an increase in value of 20.4 per cent.

It's followed by the Mark 1 Ford Cortina - up 19.4 per cent - and Austin Allegros built between 1973 and 1982 which can be worth 13.6 per cent more than they were a year ago. Other one-time mainstream models which have seen their values increase include the Hillman Imp (+10.1 per cent), Mark 3 Ford Cortina (+ 7.8 per cent) and even the once-mocked British Leyland Princess with a 5.1 per cent increase in value.

Cars like these may still only be worth a fraction of the price of more exotic models, but, as a yardstick, Hagerty's data shows that the value of the Jaguar E-type Series III has only risen by 8.2 per cent in the past year while the value of the Ferrari 308 GTB has increased by even less, having gone up by seven per cent.

For car enthusiasts, these unexceptional classics represent an affordable as well as enjoyable route to owning a special car, says Hagerty. The majority identified in the list of top 20 risers cost no more than £4,000 but are on the up.

"For decades the vast majority were unloved workhorses that would eventually be sold for scrap at best. Now, with rarity on their side and nostalgia tugging at the heartstrings, enthusiasts are snapping up the remaining examples, sometimes because of an emotional connection and sometimes perhaps because they feel a duty to preserve them for the enjoyment of future generations." 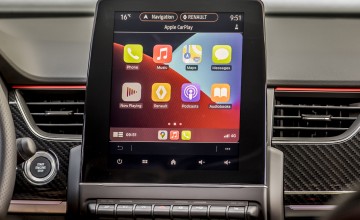 TARGETTING the medium-sized car market Renault is making a vehicle with its... 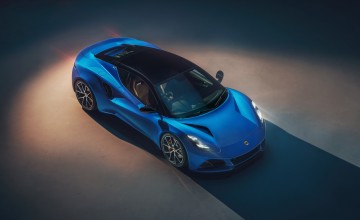