By Maxine Ashford on 2021-07-11 - Maxine has been a journalist since the late 1980s and for the past 13 years has specialised in motoring. Former motoring editor at Media Wales responsible for the Western Mail, South Wales Echo, Wales on Sunday. Freelance since 2009, Maxine loves cars but not quite as much as rugby! 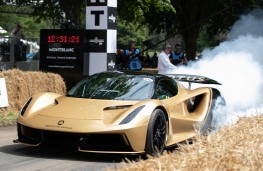 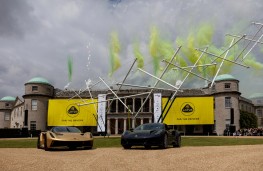 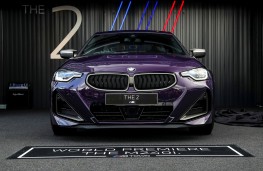 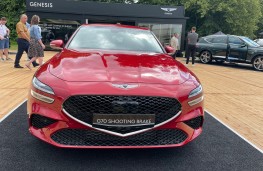 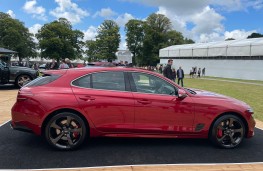 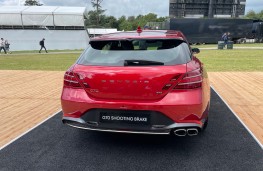 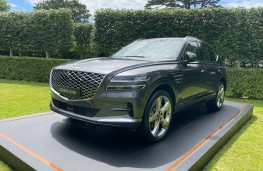 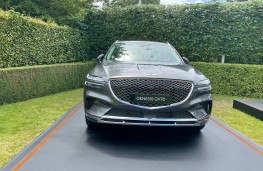 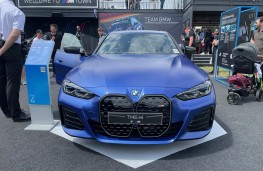 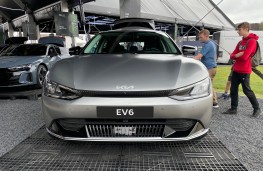 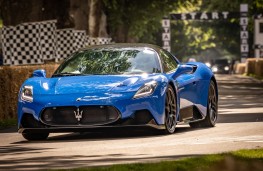 IT seems to have been a long time coming, but finally the crowds were allowed to flock to Goodwood for this year's Festival of Speed â¦ and they weren't disappointed.

The 2020 show, like most other large-scale public events, took on a different format as it was forced online, but this year the show formed part of the Government's pilot projects with all attendees complying with strict COVID rules and having to prove either evidence of being double-jabbed or having passed a lateral flow test before being allowed through the gates.

And once inside it was like they had never been away.

Cars from bygone years, current models and futuristic concepts raced up the famous hill climb and the paddocks and static displays offered a welcome relief from the roar of the track.

One of the main features at the event was the ‘Electric Avenue - The Road to 2030' presented by Sky Zero, where a number of manufacturers displayed their latest fully electric models. This was a constantly popular attraction which is a relief as EVs will be the future - like it or not.

BMW's iX drew in the crowds as did the Volvo C40 Recharge, Citroen e-C4, the Vauxhall Mokka-e, the MINI electric and the gorgeous Porsche Taycan - to name just a few.

Every year there is a ‘Featured Marque' and this year it was the turn of legendary British sports car maker Lotus and it was also the ideal opportunity for it to unveil the Emira - it's final conventionally powered model.

In front of tens of thousands of passionate motoring fans, the all-new Lotus sports car took part in the Hill Climb, visited the Michelin Supercar Paddock live stage and featured in the spectacular Lotus Moment parade in front of Goodwood House - complete with Lotus-themed yellow and green fireworks.

Vast numbers of visitors came to the Lotus stand to see the Emira up close. Such was its popularity that crowd control measures had to be implemented within minutes of the Goodwood gates opening at 7am on the first day, and a queueing system to access the stand was in force all day.

The Emira was joined on the stand by an Evija all-electric hypercar, an Elise Sport 240 Final Edition and the track bike developed in part by Lotus Engineering for British Cycling.

This year's Festival celebrates the peerless sporting and technical achievements of Lotus, and is the theme of the Festival's ‘Central Feature' - the dramatic art installation which is always created directly in front of Goodwood House.

Called the Lotus ‘Aeroad' and viewed digitally via a smartphone app, the sculpture uses the latest augmented reality technology to allow users to watch four iconic Lotus cars speed through the air on a virtual racetrack. The app features an 'at home' mode for fans unable to attend in person, giving them the opportunity to launch a virtual version of the sculpture, plus the racetrack and cars. Once launched, users can take a photo or record a short video of their journey round the augmented track and save it to their device to share.

The new kid on the block in motoring terms is Genesis and luxury offshoot of Hyundai certainly made its presence known with the unveiling of the G70 Shooting Brake by the Goodwood estate owner, the Duke of Richmond. This beautifully styled car is the ultimate proof that estate models can be drop dead gorgeous in their styling.

And in the secluded Orangery behind Goodwood House, the Korean company took central stage with the GV70, G70 Shooting Brake and GV80 perfectly displayed behind the pool complete with GENESIS branding in its depths. This is a premium brand with very premium products that are likely to be in high demand here in the UK.

The 1.16-mile hill climb is always the ultimate crowd pleaser and there were cars galore blasting their way up the track. Maserati fans were given the chance to see the all-new MC20 in action for the first time.

This is the Trident brand's first mid-engine two-seater super sports car boasting a top speed of more than 202mph, and is the first Maserati with a carbon fibre monocoque, meaning the whole car weighs in at a feather-light 1,500kg.

Paired with its powerful F1-derived engine, this combination ensures an exceptional power to weight ratio, for a jaw-dropping acceleration and top speed, achieving 0-62mph in 2.8 seconds. The Maserati Nettuno engine was on display alongside the MC20 in the Supercar Paddock.

The BMW 2 Series Coupe appeared in the ‘First Glance' category throughout the weekend, accompanied by the BMW M5 CS -the most powerful production car in the history of the company. Visitors to the Festival of Speed will also be able to see two exciting UK premieres for the German brand - the new fully electric BMW iX and BMW i4.

And Goodwood simply wouldn't be Goodwood without the famous F1 Pit Lane where racing fans get the chance to meet their idols. Lando Norris, Daniel Ricciardo, Jenson Button and three-time champion Sir Jackie Stewart were just a handful of the stars lined up for this year's event.

Since the inaugural show was held in 1993, the Festival of Speed has become the ‘must-see' event for motoring enthusiasts the world over. And little surprise as there were more than 600 cars and motorcycles spanning the decades to view at the four-day long show.