By Chris Russon on 2021-10-04 - The driving force behind Eurekar. Chris heads up a team of motoring correspondents under the Driving Force banner. Prior to Driving Force becoming independent in 2010 he was Chief Motoring Editor for Trinity Mirror Regional newspapers. Chris has been writing about cars for almost 40 years. 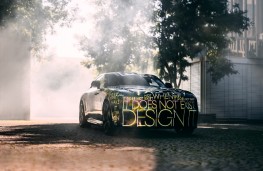 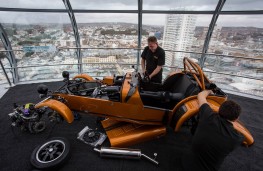 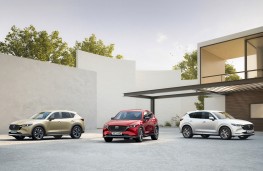 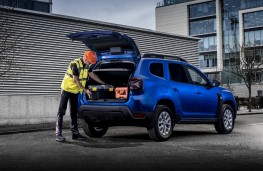 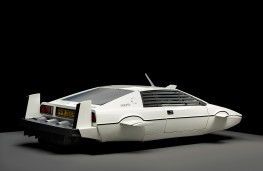 ROLLS-ROYCE is going electric and has announced its first EV - named the Spectre - will be on the road by the end of 2023.

The company intends to be fully electric by 2030 and says that the Spectre fulfils a prophecy by founder Charles Rolls in 1900 when he experienced an early electric motor car named the Columbia and declared its electric drive to be ideal.

However, Rolls said at the time: "The electric car is perfectly noiseless and clean. There is no smell or vibration, and they should become very useful when fixed charging stations can be arranged. But for now, I do not anticipate that they will be very serviceable - at least for many years to come."

Now the current chief executive Thomas Muller-Otvos has revealed the Spectre will undergo the equivalent of 400 years of use by driving more than 1.5 million miles in testing prior to its launch.

"At Rolls-Royce, we have been experimenting with an electric powertrain for some time," he said. "In 2011 we revealed 102EX, a fully operational all-electric Phantom. We followed this in 2016 with our fully electric 103EX, which represented our vision for the marque several decades into the future."

He said that the Spectre ‘will elevate the global all-electric car revolution and create the first - and finest - super-luxury product of its type' adding: "This is not a prototype. It's the real thing, it will be tested in plain sight and our clients will take first deliveries of the car in the fourth quarter of 2023."

INTERNATIONAL Motors - the Midlands-based importer of Subaru and Isuzu vehicles to the UK - has acquired the Mitsubishi aftersales business in Britain from the Colt Car Company.

Mitsubishi drivers will see no difference in the standards of service they receive from Mitsubishi Motors in the UK and can continue to rely on their local Mitsubishi Service Centre for aftersales support.

Mr Marshall said:"We are excited to be joining the IM Group which will allow us to continue offering aftersales services for all Mitsubishi customers in the UK. We're looking to maintain the excellent standards of aftersales care, parts supply and vehicle warranty that our customers have experienced for many years to come."

A TEAM of Caterham engineers has celebrated the launch of its lightest ever production car - the Seven 170 - by building it from scratch 450ft in the air on Brighton seafront.

The build, which was completed inside six hours but would usually take one person 100 hours to finish, took place inside the British Airways i360 pod.

Caterham's most ambitious car build challenge ever happened inside the world's highest car dealership, supported by Avon Tyres and Halfords Advanced, and represented the first time the Seven 170 - which is priced from Â£22,990 - had been unveiled to the British public.

MAZDA has announced prices for its new line up of CX-5 SUVs with the range starting from £27,845.

Arriving in the UK early next year, the 2022 Mazda CX-5 features a new look with a revised front and rear bumper design, new headlight and taillight clusters and a new grille design.

The 20 model Mazda CX-5 line-up features five trim levels: SE-L, Newground, Sport, Sport Black and GT Sport and for the first time, individual model grades feature styling differentiation to give customers the option of choosing a CX-5 with a its own character and focus.

DACIA is introducing a commercial variant of its new Duster SUV priced from £12,795 excluding VAT.

Based on the passenger version of the model the Duster Commercial has a tough, hard-wearing flat load area, offering 1,623 litres of space and up to 503kg payload capacity.

It features a range of petrol and diesel engines with power outputs from 90 to 150hp and is available either as two or four-wheel-drive vehicle.

A six-speed manual transmission is fitted as standard with Dacia's six-speed dual-clutch EDC transmission available on the TCe 150 powertrain which costs from Â£16,495.

The petrol range starts with the turbocharged three-cylinder 1.0-litre TCe 90, delivering 90hp and 160Nm of torque at 2,750rpm, with combined cycle economy of up to 45.6mpg.

AURIC Goldfinger in the 1964 James Bond movie was said to have the Midas touch, but vehicle valuation experts Hagerty has found that just an association with the spy franchise is enough to make car values soar.

A starring role in a James Bond movie added on average over 1,000 per cent to the value of a car, with one particular vehicle being worth nearly 5,000 per cent more than its road-going equivalent.