By Chris Russon on 2021-10-11 - The driving force behind Eurekar. Chris heads up a team of motoring correspondents under the Driving Force banner. Prior to Driving Force becoming independent in 2010 he was Chief Motoring Editor for Trinity Mirror Regional newspapers. Chris has been writing about cars for almost 40 years. 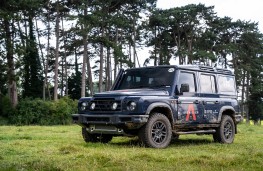 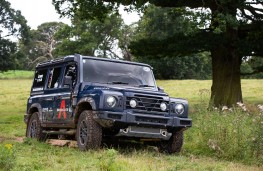 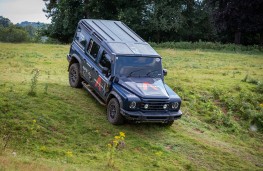 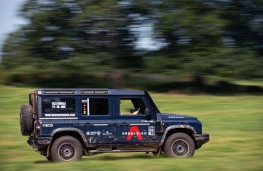 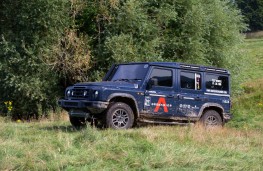 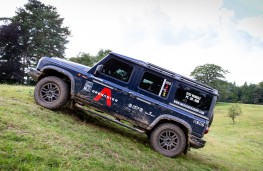 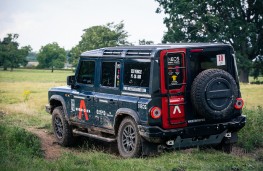 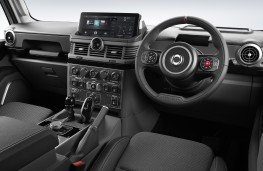 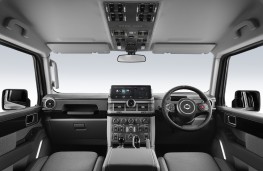 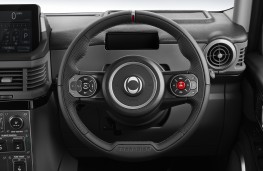 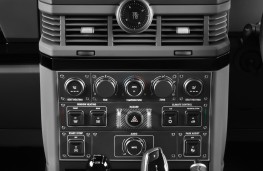 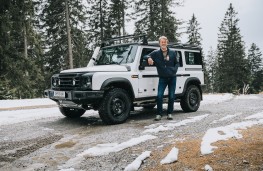 THERE is something refreshingly familiar about the Ineos Grenadier.

Looking like a blend of a classic Land Rover Defender with a hint of Mercedes G-Wagen it is a tough and ready off-roader aimed at those who need a heavy duty, utilitarian vehicle with genuine go-anywhere qualities.

If that sounds similar to the brief the Wilks brothers accomplished back in 1946 when they created the original Land Rover then that is exactly what Ineos chairman Jim Ratcliffe has set out to do.

It's a new venture for the man behind the Ineos petrochemical empire and the British-designed Grenadier is to be built at the former Mercedes' factory at Hambach in northern France.

Ineos has forged a strong relationship with Mercedes - the Ineos name is all over the company's Formula 1 cars - and it is bringing in expertise from other German brands such as BMW to create its ultimate 4x4.

The Grenadier is due for release in 2022 and will be priced from around £40,000 with prototypes currently being built by the off-road experts at the Magna Steyr works in Graz, Austria for testing in the harshest terrain across the globe.

Ratcliffe is pulling no punches with the Grenadier and in every way it is a vehicle out to plug the void left when Land Rover decided to take a more ‘leisure market' approach with the new Defender.

There should be rich pickings to be had for Ineos in every corner of the world where true ‘back to basics' vehicles are in demand.

That said, there is nothing primitive about the Grenadier as we discovered in a drive in one of the prototypes.

This was a long-wheelbase Grenadier and at some 4.92 metres long and 1.9 metres wide it is slightly bigger than an old Land Rover Defender 130.

It sits on a ladder frame chassis with solid beam axles and cleverly tuned suspension that can accommodate everything from deep ruts and mountainous conditions to high speed motorway work and will be powered by a choice of BMW straight-six three litre petrol or diesel engines mated to eight-speed automatic gearboxes.

Performance details are still to be released but the petrol engine develops 281hp and the diesel 249 and both have plenty of torque available - 550Nm for the diesel and 450 for the petrol.

Permanent four-wheel drive with high and low ratio gears are standard fit and the Grenadier sits on either 17 or 18-inch steel or alloy wheels shod with Bridgestone or Goodrich all-terrain tyres.

On our drive the Grenadier appeared to be immensely competent and given the off-road conditions very comfortable with supportive Recaro seats soaking up the bumps.

The interior is a strong point of the vehicle's design and is laid out to be hugely functional with the bulk of controls capable of being operated by the front seat passenger as well as the driver.

The emphasis is on a central location for the chunky buttons and switches sited in the middle of the dashboard and overhead in a separate panel above the front seats.

All can be operated by a gloved hand - a tenet pioneered by Land Rover - and a 12.3-inch touchscreen sits at the top of the console stack with a smaller digital readout ahead of the driver.

It's a good blend of old-style functionality and high-tech equipment with the latter being used more as an enhancement rather than as a primary source of technology. Auxiliary switches have been pre-installed and wired to support the likes of winches and additional exterior lights.

The cabin is designed to cope with the muckiest of conditions with rubber flooring and wipe-down upholstery allowing for the interior to be hosed out - although Ineos stresses that carpets and leather upholstery will be available for those who want a slightly more upmarket feel.

Diff-lock and other off-road controls are set in the overhead panel and it's a refreshing take away from the dominance of electronic systems which have made their way into modern SUVs.

With AppleCarplay and Android Auto compatibility the Grenadier has smartphone navigation as well as an off-road pathfinder navigation system which allows drivers to programme, follow and record a route via waypoints.

Stowage space has been maximised, with a dry storage box under the rear seat, a lockable central console cubby box, and secure side-mounted storage in the rear load area.

As Dirk Heilmann, Ineos Automotive's chief executive, said: "Inside and out, the Grenadier has been designed to do a job - to get people and their kit where they want to go in comfort, in control and with no fuss. It just works."

That may be considered an old fashioned approach but it's something that is sorely missing among the current crop of 4x4s.

With more than a million miles of testing slated for the prototypes the coming months are going to be busy for the Grenadier team. First deliveries are expected next July. 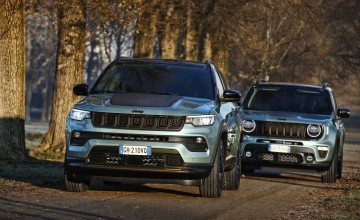 MILD hybrid versions of the Jeep Renegade and Compass SUVs will be on the road... 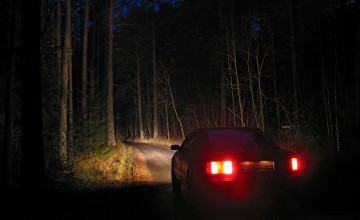