By Mike Torpey on 2021-10-11 - Driving Force news editor and responsible for organising our daily output. He was staff motoring editor of the Liverpool Echo for 20 years. 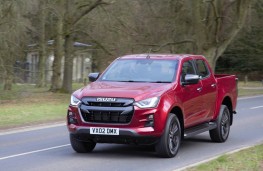 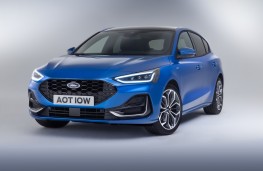 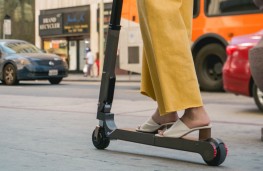 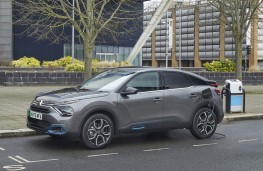 CRAWLEY in West Sussex is this year's used car hotspot of the UK, according to new data from one of the country's leading automotive finance companies.

Volkswagen Financial Services UK has financed more used cars for customers in the historic town, located 28 miles south of London and 18 miles north of Brighton, than any other town or city in the UK.

Croydon in South London and Dunfermline in Scotland complete the top three, with Slough in Berkshire and Aberdeen in Scotland also making the top five.

The other locations included in the top 10 are Whitehaven (Cumbria), Chelmsford (Essex), Dundee (Scotland), Preston (Lancashire) and Gillingham in Kent.

Used cars are currently in extraordinarily high demand due to a global shortage of semiconductors, which are needed for the production of new cars.

In turn, this has significantly reduced the number of new vehicles available for buyers and inflated used car prices.

The latest data released by the Society of Motor Manufacturers and Traders shows that the UK's used car market grew 108.6 per cent in the second quarter of 2021, with more than 2.1 million cars changing hands.

E-SCOOTER HIRE IS ‘GOOD FOR THE MIND'

A World Mental Health Day survey from Spin, the micromobility unit of Ford Motor Company, has revealed how e-scooter hire schemes have a wide range of benefits on people's mental wellbeing.

The majority, some 70 per cent, of respondents said riding an e-scooter rented via a hire scheme has helped improve their mental health.

The first of its kind study explored how nearly 1,000 users felt better as a direct result of riding an e-scooter that's part of the UK Department for Transport's public hire trials.

And the results show that e-scooters help provoke positive moods and alleviate negative feelings such as stress.

It seems that people have highly positive associations with how they feel when they ride a hired e-scooter.

According to the survey almost half feel adventurous while four out of ten feel joyful, free and positive.

"Exhilarated and like a soaring eagle" and "back to my childhood" were just some of the emotions spontaneously mentioned by riders when asked how they feel while riding an e-scooter.

JAPANESE automaker Subaru has claimed the title of fastest growing SUV brand in the UK.

The company reported an increase in the 2021 Q3 performance of 19.82 per cent over the same period in 2019, in a market that was down 31.54 per cent, delivering pre-pandemic performance levels and looking to increase sales further in 2022.

A key part of the success was down to the performance of the improved dealer network which helped Subaru UK expand so fast as an SUV brand here with a record year to date sales increase of 143.45 per cent.

This performance was predominantly due to the number of conquest sales with the introduction of a new 2.9 per cent APR PCP offer which will continue into Q4.

Subaru UK chief Pat Ryan said: "The last few months have been very successful for Subaru UK and we are very proud of both our dedicated dealer network and our latest sales campaign which has driven the performance.

"We have a clear plan and a five-year road map which will see new and exciting products launching in the UK which provides us with confidence for our ambitious growth plans."

Earlier this year Subaru UK announced its plans to grow and restructure its UK network by welcoming a minimum of 15 new franchises to the Subaru family in 2021. The target has already been exceeded with 17 new dealers already appointed.

CITROEN has updated its C4 hatchback and all-electric e-C4 models - just a few months after the cars were launched in the UK.

Alterations see the e-C4 being made more efficient for everyday driving, though its official range stays the same at 217 miles.

Meanwhile the standard model gets new wheel designs and the Smart Pad tablet holder is being introduced across the range.

Prices are largely unchanged with the line up starting from £21,310 for the C4 and £30,895 for the e-C4 after the Government low emission grant.

Citroen says that since the models were launched in the spring some 20 per cent have been all-electric.