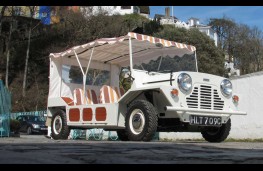 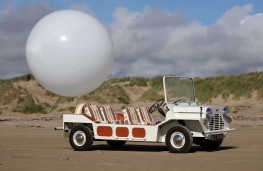 THE Mini Moke made famous in the cult TV series The Prisoner is coming up for sale at auction.

It is one of two surviving Mikes used in the 1968 series starring Patrick McGoohan who drove the vehicle on screen.

It was customised for the programme by London coachbuilders Wood and Pickett along with three others in the summer of 1966 for the Prisoner series, and transported to the Portmeirion set in Wales in September 1966.

The model, the only one used on screen, is coming up for sale at the Silverstone Auctions event at the NEC Classic Motor Show Sale on October 20.

Gary Dunne, sales controller for Silverstone Auctions, said: "The 1965 Mini Moke really is a credit and privilege to offer."

In 2011 the car was re-discovered in a bad state where it was then purchased at auction by current owner and vendor of Silverstone Auctions, Phil Caunt.

Phil started on a restoration adventure where he preserved much of the Moke to a great standard. The whole restoration process has been well documented.