By Chris Russon on 2021-11-24 - The driving force behind Eurekar. Chris heads up a team of motoring correspondents under the Driving Force banner. Prior to Driving Force becoming independent in 2010 he was Chief Motoring Editor for Trinity Mirror Regional newspapers. Chris has been writing about cars for almost 40 years. 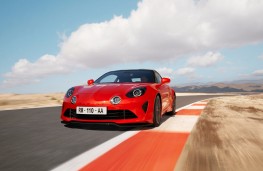 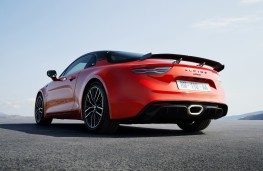 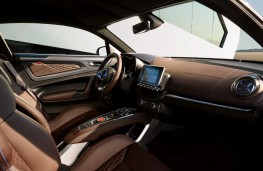 FRENCH sports car specialists Alpine have revealed a new structure to its A110 range with three distinct versions, uprated performance and more equipment.

The revised range now consists of the A110 offering a pure driving experience, the more luxurious A110 GT and the more focused A110 S.

On the A110 S the car comes with black Alpine lettering, orange brake callipers with additional S badging while optional carbon aerodynamic body kit details are available, as well as orange paintwork with a contrasting black roof.

The cockpit of the A110 S features adjustable Sabelt sport seats, aluminium pedals and a microfibre covered interior with orange overstitching - if Alpine's Microfibre pack is selected - as well as fittings to add a harness.

The new models have three drive modes while on the GT and S the engine calibration has been improved to increase torque while changes to the car's launch control temporarily disable one of the cylinders to produce a more engaging engine sound.

There are also improvements to the multimedia system including a seven-inch touchscreen, Bluetooth connectivity and two USB outlets.

An Alpine Telematics menu, which is standard on the new A110 S, includes real-time readings or bar charts displaying key metrics such as turbo pressure, gearbox temperature, torque, power, steering wheel angle and acceleration, while the built-in chronograph keeps track of performance on circuits.

Apine says the new models are due for release in March 2022.