By Chris Russon on 2022-02-07 - The driving force behind Eurekar. Chris heads up a team of motoring correspondents under the Driving Force banner. Prior to Driving Force becoming independent in 2010 he was Chief Motoring Editor for Trinity Mirror Regional newspapers. Chris has been writing about cars for almost 40 years. 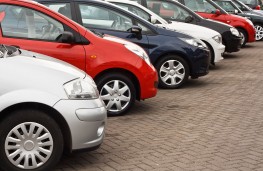 THE 20 most popular used cars in Britain have increased in value by an average of more than 25 per cent in the past 12 months, according to new data.

The increases see the cost of a used Ford Focus rise by 50 per cent year-on-year and the Nissan Qashqai by 30 per cent.

Data from CarGurus, which helps buyers with market valuations, shows that the Ford Focus increased in price most followed by the Ford Fiesta at 36.7 per cent and the MINI Cooper at 34.9 per cent.

Other big risers were the Volkswagen Polo at 33.6 per cent and the Mercedes-Benz C-Class at 32.5 per cent.

The car sparking the most searches on CarGurus among UK buyers - the Nissan Qashqai - increased in price by 30per cent.

In its analysis of the top 20 of its most searched models the highest average value was for a Range Rover at £46,957 although its increase of 8.5 per cent since January last year was the lowest rise.

Kevin Roberts, director of industry insights and analytics at CarGurus, said: "Buyers should be aware of a number of factors contributing to recent appreciation levels of Britain's most popular cars.

"The semi-conductor shortage has contributed to the worst year for UK new car production since 1956 which, in turn, has led to an increase in demand for used vehicles. The resulting decline in available stock has therefore naturally driven up prices.

"The outlook for 2022 will remain dependent on vehicle production; if it can come back to a pre-COVID level we'll likely see a stronger recovery in sales and a potential reduction in pricing, otherwise we're looking at a further continuation of 2021 trends."