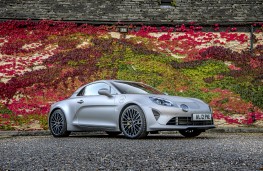 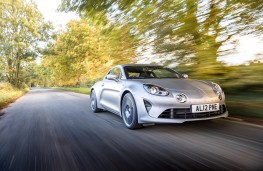 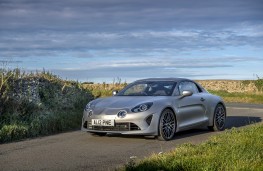 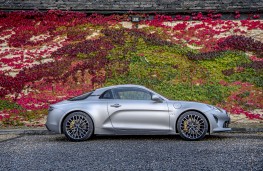 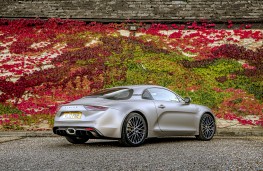 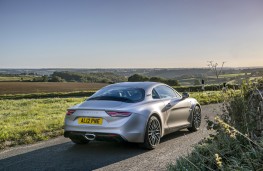 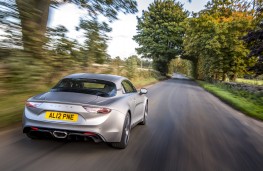 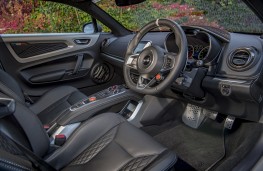 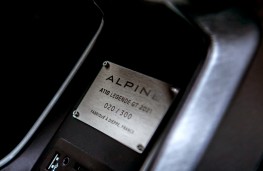 IMAGINE a true sports coupe that accelerates like a jet plane and holds the road as if it's on superglue.

Then think of one with a sublime mid-mounted engine and a quick-as-light automatic gearbox that also works brilliantly as a manual.

Got to be a Porsche or a Ferrari or some other supercar with a stratospheric price tag right?

Not even close. The delightful and scintillating sportster I drove recently was the Alpine Legende GT, and it comes with a price tag of just over £61,000.

The Legende GT is a limited edition model from the French company and if you want one, there are only a few left in the whole of Britain.

This little cracker gets from zero to 60 miles an hour in 4.4 seconds, and does it with just 1.8 litres of turbocharged engine.

Such performance - and it's just as quick in the mid-range - would seem impossible from such a small unit - even when it does boast 292bhp.

But in the best of sporting car tradition, the Legende - like all the models in the Alpine range - majors on lightweight aluminium construction.

Lotus founder Colin Chapman's maxim was always ‘to increase performance, add lightness' and Alpine (its pronounced Alpeen) learned that lesson many years ago.

I was simply blown away by the GT's huge array of amazing abilities. The double wishbone suspension all round - like all the best racing cars - gives almost unbelievable levels of grip on a twisting road, and the beautifully tactile and responsive steering is a revelation to anyone who loves cars and driving as I do.

An active sports exhaust delivers a delicious growl as the revs rise and the GT gets uprated Brembo brakes to make sure the stopping is up to the power.

I must mention the twin clutch automatic gearbox again because it really is a gem. Most owners are likely to leave it in full auto on the road I would say, because it does everything so perfecty.

But slotting it into manual only takes a touch of a paddle behind the wheel, and you're in full control, making the changes in milliseconds.

There is only one drawback that I could find and it is perhaps a personal one but should nonetheless be mentioned.

Despite Alpine's claim of a ride good enough to make it useable every day, it is not a car that I could live with as my daily driver because the ride is too harsh and fidgety on poor surfaces.

That said, as a weekend fun car that could be driven to trackdays, take them in its stride, and then be driven home again, it would be perfect.

As befits a car in this premium segment of the market, the level of standard luxury is rather special with such little touches as six-way adjustable Sabelt amber leather seats that hold in all the right places, carbon fibre detailing, parking sensors and a reversing camera.

The instruments are beautifully visible in a digital binnacle which changes layout depending on which driving mode of three has been chosen,

And there is a plaque on the centre console of every car giving its build number and marking it out as one of only 300 available worldwide.