By Chris Russon on 2022-05-03 - The driving force behind Eurekar. Chris heads up a team of motoring correspondents under the Driving Force banner. Prior to Driving Force becoming independent in 2010 he was Chief Motoring Editor for Trinity Mirror Regional newspapers. Chris has been writing about cars for almost 40 years. 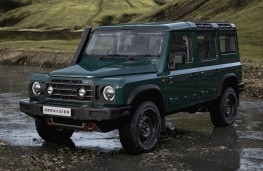 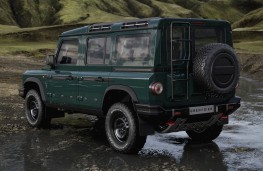 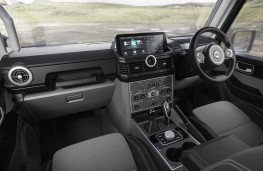 THE long-awaited Ineos Grenadier 4x4 SUV will be priced from £49,000 when the first models hit the road later in the year.

A four model line up powered either by petrol or diesel BMW 3.0-litre engines will be available with the range topping out at £59,000.

The Grenadier is the brainchild of petrochemical giant Ineos' chief Jim Ratcliffe and will be built at the former Mercedes-Benz factory at Hambach in France where Ineos has invested more than Â£500 million.

Designed as a heavy duty off-roader with go-anywhere ability, the Grenadier will fill the void left by the original Land Rover Defender - a model to which it looks very similar in design.

The Grenadier will be available as a two seat Utility Wagon aimed at the commercial market or a five seat Station Wagon with two special edition Belstaff models targeting those who need a genuine adventure or expedition vehicle.

All versions are all-wheel-drive with a ground clearance of 264mm and a wading depth of up to 800mm.

Approach and departure angles are rated at more than 35 degrees and the vehicle weighs in at more than 2.5 tonnes with a towing limit of 3.5 tonnes.

Cargo capacity ranges from a maximum of 2,088 litres to 1,152 litres with all seats occupied and both the petrol and diesel versions have top speeds of 100mph.

Acceleration times are 8.6 seconds 0 to 62mph for the petrol model and 9.9 seconds for the diesel while fuel economy figures are a best of 21.4mpg and 27.4mpg respectively.

Emissions are rated at 299g/km for the petrol and 268g/km for the diesel with both engines mated to an eight-speed automatic gearbox.

The vehicle measures 4,896mm long, 2,036mm high and 2,146mm wide with no pricing differential for petrol or diesel specifications.

The Station Wagon version is priced from Â£52,000 with the Belstaff special editions - named Trialmaster and Fieldmaster after jackets created by the outdoor clothing firm - each costing from Â£59,000.

A network of 34 dealers is being appointed in the UK as part of a planned 200 sales and service outlets globally by the end of the year and the first of those is due to open in June.