By Robin Roberts on 2022-05-05 - Has had with a career spent covering the automotive industry and particularly its Welsh component suppliers - he can not only tell you what goes where but possibly who made it fit. He has been a motoring journalist based in Wales for three decades. 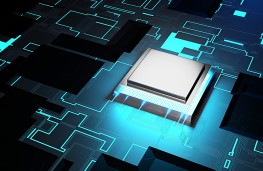 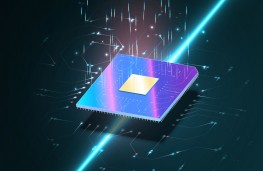 UK new car registrations fell by 15.8 per cent to 119,167 units in April, according to the Society of Motor Manufacturers and Traders.

Despite showrooms being open for the entire month, unlike the previous year which saw lockdown restrictions in place until April 12, global supply chain shortages, of which semiconductors are the most notable, have continued to constrain the delivery of new vehicles.

The SMMT reported last month that supply chain shortages wiped 100,000 cars from UK production lines in the first quarter of 2022.

April's decline was driven primarily by a 33.3 per cent decrease in large fleet registrations, with manufacturers continuing to prioritise private consumers given robust demand, which helped this market segment see a modest increase of 4.8 per cent.

Battery electric vehicles (BEVs) registrations continued to grow with 12,899 of the latest zero emission cars joining UK roads - an increase of 40.9 per cent on the same month last year - and taking a 10.8 per cent market share, up from 6.5 per cent last year.

Registrations of hybrids (HEVs) also rose by 18.3 per cent, the number of new plug-in hybrid (PHEV) registrations decreased by a third (32.8 per cent). As a result, electrified vehicles comprised 27.9 per cent of all new car registrations during April.

Given the ongoing impact of supply chain constraints and broader macro-economic factors, the SMMT has revised its market outlook for 2022, with 1.72 million new cars new cars now expected to be registered during the year, down from the 1.89 million outlook in January.

While this still represents a 4.5 per cent rise on 2021, it highlights the effect the semiconductor shortage is still having on supply as well as anticipated impacts from rising living costs.

This means that plug-in electric cars are now expected to account for a quarter of all registrations (25.2 per cent) during the year, with BEVs alone comprising around one in six new cars on the road.

The sector faces further economic headwinds, with rising inflation, not least due to the spiralling energy and fuel costs squeezing household incomes, and further supply chain and other uncertainties arising from the global political situation and the effects of the Russian invasion of Ukraine.

More positively, however, drivers able to invest in a new vehicle can still reap benefits, as interest rates remain historically low, grants for BEVs will be in place until at least early 2023, and running costs associated with new electric cars are generally lower than those of petrol or diesel.

Mike Hawes, SMMT chief executive, said: "The worldwide semiconductor shortage continues to drag down the market, with global geopolitical issues threatening to undermine both supply and demand in the coming months.

"Manufacturers are doing everything they can to deliver the latest low and zero emission vehicles, and those considering purchase should look to place their orders now to benefit from incentives, low interest rates and reduced running costs.

"Accelerating the transformation of the new car market and the carbon savings demanded of road transport in such difficult times requires not just the resolution of supply issues, however, but a broader package of measures that encourages customer demand and addresses obstacles, the biggest of which remains charging anxiety."

The top ten list of new cars sold in April was led by the Nissan Qashqai followed by the Ford Puma, the MINI, Vauxhall Corsa, Kia Sportage, Peugeot 208, the Hyundai Tucson, Audi A3, Volkswagen Polo and the Ford Kuga.

Chief executive of the National Franchised Dealers Association Sue Robinson said: "Demand is being dampened by the cost of living pressures. NFDA's state of the market survey reveals cost of living increases are the most concerning factor for franchised dealers, followed by the ongoing supply constraints.

"Buying a new vehicle tends to be the second largest purchase in the life of a consumer, after their house. Therefore, franchised dealers are working extremely hard with the customer to ensure quality of service and customer care at a time when inflationary pressures are beginning to impact decision making."

But it's not all bad news for dealers asJames Fairclough, chief executive ofAA Cars,pointed out.

"Dealers find it hard to sell cars they don't yet have, and while determined buyers can place orders, many are being put off by wait times of weeks or even months," he said

"That's why we're seeing a steady stream of prospective buyers switch their focus to the second-hand market, and many dealers report that sales of used vehicles are outpacing those of brand new models.In the current market, used cars have a clear advantage over their brand new rivals - availability."

There are signs of a slow recovery, saidSeán Kemple, managing director at Close Brothers Motor Finance.

"Geopolitical issues are affecting the supply of palladium for catalytic converters, nickel for car batteries and a range of auto parts. However, while new car registrationshave dropped, production has restarted at most car factories, which should result in future growth.

"It's clear which manufacturers have been less affected by the shortages. Kia is leading the year-to-date registration figures and Tesla has had success already with its Model Y and 3. This also speaks to the electrification of the car industry, which continues apace.

"Almost 40 per cent of models on offer in the UK now come with a plug, with a further 50 due to launch before the end of this year.

"The biggest challenges to adoption are affordability and confidence in the infrastructure and range. The Government, manufacturers and charge point providers need to work together in providing competitive financial incentives to consumers and a better charging infrastructure to drive mass market change."