By Mike Torpey on 2022-06-20 - Driving Force news editor and responsible for organising our daily output. He was staff motoring editor of the Liverpool Echo for 20 years.

MAZDA LOOKS ON THE WHITE SIDE

The new colour joins Soul Red Crystal and Machine Grey as a third signature body colour and will debut on the all-new Mazda CX-60.

In the belief that paintwork is a crucial part of what gives shape to a vehicle, Mazda has focused its efforts on developing hues that accentuate the company's Kodo: Soul of Motion design philosophy.

Rhodium White is a pure white inspired by Japanese aesthetics, finding beauty in simplicity and the absence of superfluous elements. Furthermore, the paint's fine grain accentuates the shadows on the surface of the vehicle complementing the metallic texture of Rhodium White.

Mazda's approach uses advanced paint technology to create colours with a rich depth and radiance that highlight every curve and line of a car, while also ensuring to reduce the environmental impact of the painting process.

THE needs of those who use their cars to tow are being overlooked in the rush to go electric, according to a leading new car buying platform.

As part of the judging process for the What Car? Tow Car Awards 2022, held in partnership with The Camping and Caravan Club, eight of the latest electric cars were range tested with and without a caravan.

The best performer managed 113 miles while towing a caravan weighted to 85 per cent of the car's kerb weight and the worst just 78.1 miles.

Meanwhile, the average drop compared with the range without a caravan on the same test route and in the same weather conditions was 54.6 per cent.

By comparison, the fuel economy in a petrol or diesel car typically drops by around a third when towing, so it will be necessary to stop more often with an electric car. Topping up is likely to be much more complicated too.

None of the motorway services run by the three main operators in the UK currently allow caravanners to charge without first unhitching. And due to one-way systems, some make it impossible to get back from the chargers to the towing parking area.

What Car? editor Steve Huntingford said: "Electric car ranges have improved massively over the last decade, but towing is always going to reduce how far you can go on a charge, so it's crucial that the infrastructure is in place to support those who use their cars to pull a caravan or trailer.

"At the moment their needs feel like an afterthought, even though the ban on the sale of new petrol and diesel cars in the UK is just eight years away."

RENAULT is joining with Amazon Music to offer a music experience in the manufacturer's vehicles, to coincide with the launch of the Megane E-Tech Electric and its new Connected Interface OpenR Link.

It means that for the first time, the Amazon Music app is available as a free download from the My Renault Mobile application.

With Amazon Music, Prime members have access to ad-free listening of two million songs at no additional cost to their membership.

With this collaboration, Renault and Amazon Music want to improve the customer experience by allowing them to enjoy music directly from the OpenR Link interface.

Customers can find their Amazon Music offer from their MyRenault space and subscribe to a subscription as soon as the six-month offer is activated.

NORTON Motorcycles has announced its intention to begin developing electric motorcycles in the UK after winning significant investment through a government scheme.

The British motorcycle brand has been awarded funding by Advanced Propulsion Centre 19, an initiative which aims to assist businesses in the automotive sector in advancing their low-carbon offering while helping to accelerate the UK towards a net-zero automotive future.

The 30-month project is expected to create a significant number of jobs in the UK in manufacturing and R&D as well as upskilling existing staff to be capable of electric motorcycle engineering.

This in turn will help address the UK skills shortfall in that space while helping the UK return to the position it last enjoyed in the 60's, as the global technology leader for motorcycles.

BLUEPRINT FOR FUTURE OF EV CHARGING

TWO electric vehicle HyperHubs are opening in York which aim to act as a demonstration of best practice for the design of EV charging facilities in cities.

The Monks Cross HyperHub, next to one of York's Park and Ride sites, is one of the largest EV charging hubs in Northern England and features four 175kW ultra-rapid chargers, four 50kW rapid chargers, with an adjacent area having 30 7kW chargers for Park and Ride users.

The HyperHub also has a solar canopy which allows the site to generate its own renewable energy which can be stored in the Tesla Powerpack batteries at the charging hub, helping to reinforce the grid.

The ultra-rapid and rapid chargers are user-friendly for EV drivers thanks to contactless payment, cars and vans can access the chargers and the facility has been designed with no kerbs to allow disabled access.

In addition to the Monks Cross HyperHub, a second facility is also set to open next to the Poppleton Bar Park and Ride site later in the summer and a third site is also due to open near the city centre.

The projects are the result of a partnership between the City of York Council and EvoEnergy. 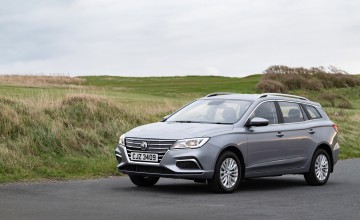